5 Tips On How To Succeed In Apex Legends

Taking the gaming world by storm, Apex Legends sprang out of nowhere in February 2019, appearing on the market with hardly any build-up or fanfare in the months or even weeks prior. In just under eight hours following its launch, the game had more than an impressive 2.5 million followers. Now, it is believed to have over 50 million people online battling it out for the title of champion.

From the developers at Respawn, players may already be familiar with the battle royal as it is set in the Titanfall universe. Apex Legends is set eighteen years after the events of Titanfall 2, on the Outlands, a region found on the fringes of the Frontier.

With 60 players splitting into 20 teams of trios, each fighting it out in an epic battle across Kings Canyon and World’s Edge in the fight to be the last one standing and ultimately crowned the champion.

In a first-person shooter game, players can play individualised characters with their own stories, personalities, designs and special abilities. With a similar starting style to Fortnite, both being battle royale games, players parachute onto a remote island with no supplies. Once they land, players need to scavenge for equipment scattered around the island, as they fight against one another on an ever-shrinking battlefield. The one who is crowned champion is the one who is the last person standing.

Luckily for players, the game is free on all platforms. So, if you are thinking of joining the battle in the Outlands, here are a few tips on how to increase your chances of being crowned champion in Apex Legends.

Selecting a character to play is already a difficult choice, made only harder when there is a vast section to choose from. Each of the 14 legends available has a passive, tactical and ultimate ability. Whilst there are many guides available about the best Apex Legends characters you can play, these are the opinions of that person. All of the characters move at the same speed as well as pick up and use the same gear. Regardless of what items you pick and store in your backpack, you stand a chance of making it to the end of the match. As such, take the time to play the game as each character, and see which abilities suit you best.

Across the different sections of the map, lies varying tiers of loot to be claimed. The higher the in the tiering system a weapon or piece of armour is and its strength, the chances of you making it to the end of the match increases. There are certain areas on the map that are constantly full of high-tier gear available for players. However, the catch is that these are the first spots players will check, meaning the risk of being taken out is greater. Some that do land in random areas of the map, which provide the player who claims it with the most powerful gear available.

Before starting a new game, decide if the gear which ranks higher on the tiered system is worth the risk for every battle you partake in.

During your time in the arena, you will never know what you may find. As such, do not be cautious with any of the supplies you spot as you navigate your way around the arena. Enabling you to optimise the supplies available, consider upgrading your backpack so you can carry more items. Body armour, weapon attachments and other helpful gear are scattered across the arena in hidden spots ready for you to grab.

With new items you discover, your inventory system will automatically inform you of its worth. It will tell you if the weapon or piece of gear you have found is better than what you currently own, whilst ensuring that you don’t take lower-tier loot. This helps to keep your backpack free of items that will not be beneficial to you during battle.

Both you and your team can help one another by revealing the location of an item as and when you find them. This approach also notes the rarity level of an item – meaning you can collect higher-level pieces of gear you may have otherwise missed.

If you find a fallen enemy, you can pillage their belongings as they will drop their collection when you have taken them out. Fortunately for you, they often have the best gear.

By keeping a lookout not just for your enemy, you may discover a piece of armour that could potentially save you in the end.

The first thing you should always be doing is ensuring your internet speed is living up to expectations. Every gamer knows that the higher your ping, the worse the desynchronization is. Getting lower ping might just be a case of comparing the fastest broadband speeds in your area. Your area is one of the main deciders of speed.

Beware Of The Risks In Healing

During a battle, the likelihood of you sustaining an injury is high. However, healing takes time in and if you are replenishing your health with consumable items, you do not want to be interrupted. This is why you should not heal in open spaces where fights are occurring. As you will be vulnerable when healing, flee the scene you are in or attempt to take your enemies out with low health, instead of trying to heal yourself under pressure.

One of the main advantages when playing Apex Legends is that you can revive your teammates. The only issue is, like healing yourself, when reviving someone it takes time and can be risky. Unfortunately, it is very easy to be killed when you are reviving a teammate, which is no help to either you, your fallen comrade or the rest of the team. Wait until things have cleared in the area you are in and crawl into a safe position to help your fallen teammate. 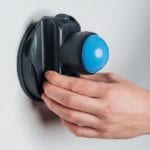 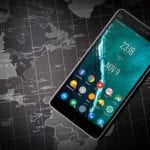 How To Easily Access Your Clipboard From Any Device