Google has expanded its range of augmented reality (AR) animals with the addition of 50 new animals. Tigers, great white sharks and more have joined the list of tigers, wolves, dogs and even dinosaurs!

Hip(po), hip(po), hooray! 🦛 There are 50 new AR animals to discover on Search. Search for your favorite animal on your Google mobile app, tap "View in 3D" to see them in your space and don’t forget to share your best creations with #Google3D. pic.twitter.com/u80Mn7wi1z

These AR animals can be viewed using any compatible device simply by searching for the animal in Google Search. Chances are you have a compatible device. Almost every modern smartphone or tablet should be fine.

I'm a Tiger King! 😂
Just discovered this Google tool that puts VR animals in your world so I put a tiger in my rack. The tiger is animated and roars. It's pretty neat. pic.twitter.com/6ha5AGleLT

Google has steadily expanded its range of animals over the past few years. The first 30 animals were

An official list of the Google AR animals hasn’t been confirmed by Google, however,according to 9to5Google some of the new additions are below:

In addition to viewing animals in AR, Google has many more applications developed on ARCore, Google’s AR developer platform. The platform supports developers in creating tools that enhance the experience of shopping, gaming, productivity, learning, entertainment and more. 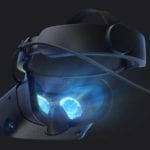 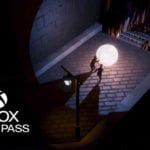