The Raspberry Pi community over at Reddit has been buzzing for the past couple of days as a fellow user named GreedyPaint was able to cram Shrek in a 1.44MB floppy disk.

It is amazing that despite living in the age of HD and 4K, there are still tech enthusiasts out there who would challenge themselves to make the latest movies work in old devices.

The reaction of the majority were impressed with this retro breakthrough. One Reddit user even asked how many floppy disks GreedyPaint needed to fit a whole movie and he was surprised that he was only able to use one.

According to GreedyPaint, he wrote a custom x265 codec to greatly reduce the size of the film. The film was running at a 120×96 video resolution playing at a smooth 4 frames per second.

What’s even more astounding is that he was able to fit the entire Shrek movie at 1.37MB with more room to spare for the floppy disk.

A Floppy Disk VCR That Lets You Play Full-Length Films

To demonstrate this amazing retro breakthrough, GreedyPaint also unveiled a floppy disk VCR that will let him play the Shrek floppy disk called the LimaTek Diskmaster which is connected to a Daytron television set.

People may not get the high-quality specs that they would expect in a movie but the ability to make something work with little resources is just as impressive.

It looks like people are also going to look forward to his next experiment – fitting a movie on a vinyl record. However, another user pointed out that someone else already thought of that idea.

You can check out GreedyPaint’s video in action here at the Raspberry Pi Reddit thread. 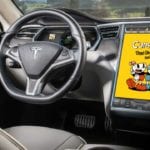 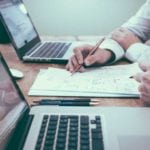 How Small Businesses Can Manage and Optimize their Cash Flow