Alice Camera: Turning Your Phone Into A DSLR

The Alice Camera is a great premium add-on to your video shooting arsenal as this AI-powered computational camera can bring you the best videos for your content masterpieces.

We take a look at why Alice Camera outshines the previous portable cameras that attempted to penetrate the smartphone category as well as what the AI has to offer.

Harnessing The Power of AI and Flexibility of Lenses

Despite having a 10.7 megapixel Dual Native ISO, they have greatly invested in AI technology to give you great 4K videos at a good price point instead of spending over a thousand dollars for a Blackmagic 4K camera.

The included smartphone app will let you control the camera in two ways:

Aside from AI, the camera also supports fast wireless connectivity plus the Micro Four Thirds mount and 4/3 sensor gives you a lot of options to connect over 50 professional-quality lenses.

Imagine having access to the AI’s autofocus, colour science and image enhancement capabilities into your personalised apps.

The Alice Camera’s open-source software allows you to create your own customisations and integrate your app with and continuously improve its current software. The team also vows to do regular updates to keep your camera equipped with the latest tech and features.

The Alice Camera has solved the common pain points of the previously released smartphone cameras such as the Sony QX1 and QX30 and the Olympus AIR A01.

These camera sensors only support 1080p video recording while the new Alice Camera can support up to 4K video quality.  Additionally, they were also cumbersome to operate since most users had a hard time setting these lenses up.

But what the Alice Camera has achieved compared to these previous cameras is that they found a way to make the gadget ergonomic to smartphone users.

The Alice Camera has a nice grip to have the feel of a mirrorless camera while turning your phone’s screen into a seamless real-time viewfinder with its native smartphone app.

The Alice Camera has now over 250 backers and has acquired almost $250,000 worth of funding as of this writing. Get it now at an early bird price of $830 over at Indiegogo. 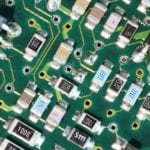 Things You Should Know About HDI PCB 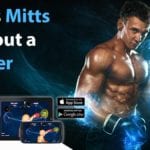 Virtual KnockOut: A Shadow Boxing Game To Keep You Fit