Amazing Sony State of Play Games To Get In 2021

The recent State of Play event by Sony has left us in awe as we’re going to have a lot of PS4 and PS5 exclusives to look forward for this year.

While fans were amazed with Crash Bandicoot 4, Returnal and Final Fantasy VII Remake Intergrade, we’ll be looking at other underrated titles that might be worth watching this year.

This indie game introduces a fresh take on the usual battle arenas that we’re accustomed to. Knockout City gives us a unique take on a battle arena through “DodgeBrawl” – a mix of dodgeball and street style alley brawling.

Players go head-to-head in a sophisticated map where they try to think of creative strategies to beat opponents in the arena. You can either go solo and go 1v1 in face-off or team up with your friends.

They are offering interested players a chance to participate in cross-play beta which will take place from April 2 to 4.

Platformers have been one of the most underrated genres in gaming and just by observing at what next-gen looks like at for Oddworld: Soulstorm definitely caught our attention.

This “2.90 platforming” that game director Lorne Lanning dubbed takes us in an immersive experience. The mechanics look pretty deep as well for a platformer wherein you and your mini-army have the chance to go on stealth or solve complex puzzles along the way.

They also took advantage of using the DualSense controller’s features wherein you get to “feel” your protagonist’s heartbeat when he senses danger. It should be an interesting pickup once it goes out on April 6 which you can also get for free on PlayStation Plus on the PS5.

If you’re that gamer who’s into assassination games, this game may be worth picking up. Its recent trailer presentation gives off a vibe of both Bioshock and James Bond plus we’re getting excited because of the PS5 game footage that they’ve recently shown us looks really smooth.

The game sets in the island of Blackreef where you play as Colt. You are tasked to take out eight targets plus your arch-rival Julianna Blake but the catch is it’s a time loop. So once you die, you’re right back where you started. This is in a similar vein to some rogue-like games like Hades.

Expect this game to come out on May 21. Don’t own a PS5? They’ve actually hinted at the end of the trailer that we may expect a PC port for this game but didn’t mention if it will also be released this year. 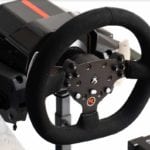 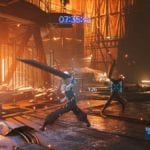