An Easy Guide To Understanding How VR Works

It’s no doubt that in recent years, virtual reality(VR) has been gaining a lot of traction and attention from mainstream media. Even though it’s not a new phenomenon, not many people are familiar with it. Whether you have got a basic understanding of VR or not, this guide would help you understand its concepts and how it works. Keep reading to find out more.

What is Virtual Reality?

Virtual Reality is a computer-generated simulation of a three-dimensional environment that can be interacted with in a seemingly real or physical way by a person using special equipment. It typically incorporates auditory and visual feedback, but may also allow other types of sensory feedback like haptic.

The artificial environment can be similar to the real world in order to create a lifelike experience—or it can differ significantly from reality, for example, an imaginary setting or an abstract representation of space. Virtual realities artificially create sensory experiences that are not possible in other ways such as creating images on people’s retinas, making them feel they are immersed in another world.

Virtual Reality’s origins can be traced back to concepts and research from 1930 onwards through the 1950s, though the phrase ‘virtual reality’ wasn’t coined until 1987. The first head-mounted display (HMD) for virtual reality was created by VPL Research, founded in 1985. Other companies soon began major development including Atari and Sega. By 1994 commercial tethered VR headsets were available at the consumer level thanks to Nintendo’s research project, called the Virtual Boy.

What’s the Difference Between Augmented and Virtual Reality?

Virtual Reality and Augmented Reality are two different terms for the same concept. Augmented reality is a live direct or indirect view of a physical, real-world environment whose elements are augmented (or supplemented) by computer-generated sensory input such as sound, video, graphics, or GPS data.

It is related to a more general concept called mediated reality, in which a view of reality is modified (possibly even diminished rather than augmented) by a computer. As a result, technology functions by enhancing one’s current perception of reality. Augmentation is conventionally in real-time and in semantic context with environmental elements, such as sports scores on TV during a match. In contrast, virtual reality replaces the real world with a simulated one.

How Does Virtual Reality Work?

There are lots of elements in virtual reality that work together to create an immersive experience.

The first thing is the HMD (head-mounted display). Wearing something on your head is bound to be uncomfortable for some people, but there’s no doubt it’s a more immersive experience than a screen. Whether it’s the latest Oculus Rift where you can download free Oculus games, HTC Vive, or even Gear VR these devices have lenses that separate and widen your field of view, making you lose yourself in a virtual world.

Another element is tracking. In order to interact with the environment you need something to track your movement so that when you move your head or turn around, the VR knows about it. This is usually done by a VR headset with sensors that receive information from the environment and keep up to date on where you’re looking.

The third element of VR is positional tracking, which means that the system tracks not only where you moved but also what position you’re in. This gives you the ability to ‘lean’ forward, crouch, or even sit down if you want. These are things that can be replicated in a game on a TV screen, but not nearly as well.

Virtual reality works by presenting images and audio stimuli for your brain to process which creates the immersive environment necessary for users to feel like they’re actually there. This can be anything from using a VR headset to look around a virtual space, to using motion controllers to interact with the objects in that place. In addition, some VR experiences require additional peripherals like headphones or hand controllers for full immersion. 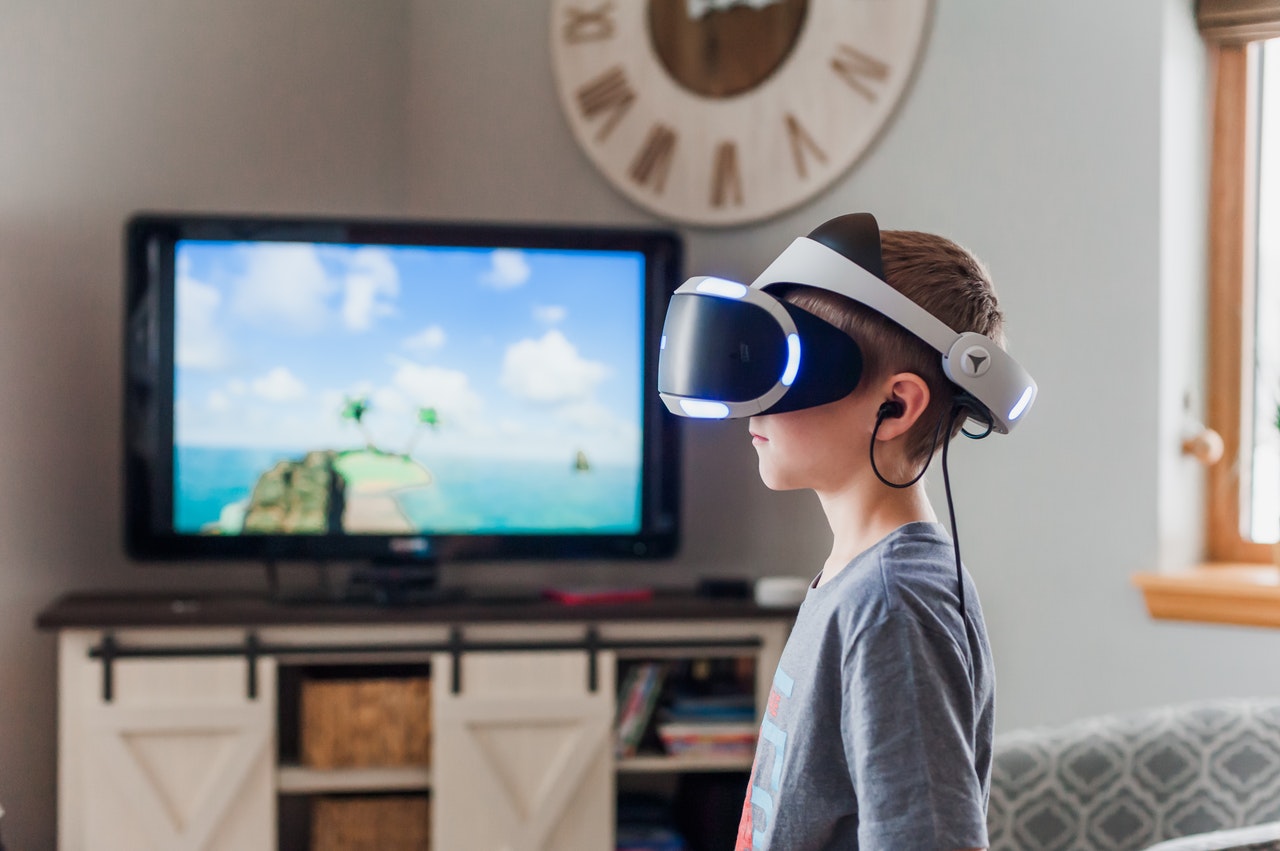 How Can Virtual Reality Affect Your Life?

Virtual reality is going to change your life in more ways than you expect.

Imagine the possibilities, like no longer wasting time on tedious tasks at work; having to take public transport less often by working from anywhere in the world; not worrying about waiting for your friends during an evening out, or even physically feeling like you’re there (sitting courtside at a game or fighting off zombies in the middle of a park).

If you’re considering investing in a VR headset, keep an eye out for deals on sites like Groupon. We’ve seen deals recently that include a Samsung Gear VR for just $49, or even slashing 50% off the price of an HTC Vive.

In terms of headsets themselves, be sure to check out our Oculus Rift vs HTC Vive article which gives you all the details you need.

Virtual Reality works by presenting images and audio stimuli for your brain to process which creates the immersive environment necessary for users to feel like they’re actually there. This can be anything from using a VR headset to look around a virtual space, to using motion controllers to interact with the objects in that place. In addition, some VR experiences require additional peripherals like headphones or hand controllers for full immersion.

Overall, virtual reality has come a long way since its conception, but there are still improvements to be made. As technology continues to advance and demand rises, there will be more devices being developed that will make the VR experience even more immersive. If you’re interested in seeing how this technology works, you can check out our article on the basics of virtual reality headset hardware.