Any gamer or twitch streaming master knows how crucial a powerful router is when it comes to maximising in-game performance. After all, even if you were to acquire the best gaming set-up, skimping out on your router comes with serious consequences.

Winning over 70 awards, including ‘best router 2018’ from APC, this powerhouse router by Asus is designed specifically to meet your gaming needs. Comprising of excellent Wi-Fi range, heaps of unique gaming-centric features and free built-in lifetime protection against online threats, the Asus ROG Rapture GT-AC5300 Tri-Band Router is the ultimate router for gamers and nerds.

Find out everything you need to know in this comprehensive GT-AC5300 review as we get down and dirty with one of the leading tri-band routers available today. For those of you who regularly stream in 4K, or are looking for the specifications for smooth Oculus Rift VR, this could still be the perfect product for you.

Whilst over 2 years old, the Asus ROG Rapture GT-AC5300 is still one of the best VPN routers available. With high-end features such as a Broadcom Quad-Core Processor, WTFast, Adaptive QOS (Quality of Service), AiMesh, and more, this accolade comes as no surprise. If that wasn’t enough for you, the GT-AC5300 also comprises of a gigabyte DDR DRAM storage, eight detachable antennas, USB2.0/3.0 ports, and 8 Gigabit LAN ports. Phew, that’s powerful.

During stress testing, the GT-AC5300 slightly stuttered during a large data download, however, as a whole, it was running smoothly. Registering a top sustained Wi-Fi speed of almost 750Mbps on the 5GHz band and 90Mbps on the 2.4GHz band, this router is powerful. It’s common for new routers to run slower on 2.4GHz as this is primarily used for compatibility. Most devices run comfortably at 5GHz and we’d recommend you choose this option where possible.

As for the Wi-Fi range, the GT-AC5300 router can travel some distance. During testing, we achieved around 60Mbps from over 150 feet away on NBN. We would still recommend ethernet cabling for optimal performance, however, if you do play from a distance; you’ll have no problem.
–

If you use a VPN service that affects gaming performance, the ROG Rapture GT-AC5300 has you covered. The router’s VPN fusion lets you run the VPN connection alongside the standard connection. This enables you to run your game at peak performance and the AiMesh feature also makes it possible to connect with other compatible Asus routers.

Just like any standard router, the ROG Rapture comes with two operation modes – Wireless Router & Access Point. The router has several buttons for different functionalities, including WPS, reset, power, wireless, and an LED On/Off. Besides that, it has special LED indicators for power, WPS, LAN, Wi-Fi, and WAN. The router’s interface has been criticised by many as being intricate. However, you should have no trouble getting past it if you are well versed in routers.
–

The Asus ROG Rapture GT-AC5300 has an exhaustive game dashboard that gives you real-time heads up involving all connections. Further, the game boost feature provides you with game acceleration by giving priority to the gaming traffic. With more ports than the majority of rivals, including Asus’ own RT-AC5300,  you can connect more devices using network cables. This typically works better for games than connecting via Wi-Fi. The GT-AC5300 also doubles the amount of system memory to 512MB and internal flash memory to 1GB.

Other cool gaming features include:

Typically, the ROG Rapture AC5300 retails for about $499 to $550AUD. Although highly-priced, its performance and impressive features ultimately justify the price tag in our opinion. The ROG Rapture is the only router on the market that combines powerful hardware specs, eight Gigabit LAN ports and a ton of features geared toward gaming for this price range.

If online games are what you care deeply about, this is an excellent router. But that said, for most other home users, the Asus RT-AC88U or the RT-AC5300 will deliver the same experience for less money.
–

Due to its powerful performance and superb features, the Asus ROG Rapture GT-AC5300 is an excellent choice for hard-core gamers and other power users. If online games are what you care deeply about, this is an excellent router. Although the interface can be complicated at first, you can quickly learn how to manage it. For anybody who does not have their heart set on gaming, the Asus RT-AC88U or the RT-AC5300 will deliver the same experience for less money.

Overall, the Asus ROG Rapture GT-AC5300 is still a great purchase throughout 2020. We would like to see the price come down as competitive routers emerge, however, we wouldn’t get our hopes up just yet. Until major advancements occur, router prices seldom drop rapidly and therefore this is the price you should expect to pay for some of the best technology.
–

A top router with top gaming capabilities. If gaming is what your heart desires, you cannot go wrong with the Asus ROG Rapture GT-AC5300. For anybody not looking to amp up their twitch stream, this beast is way too overpowered for what you need. 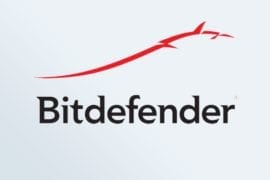 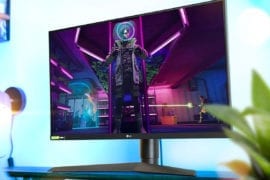 Monitor Madness: How To Choose A Gaming Monitor (2020 Update) 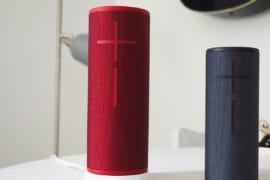 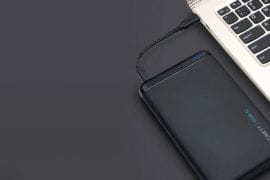 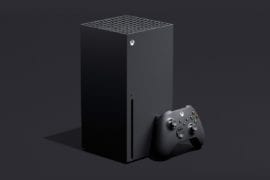 Xbox Series X – Everything There Is To Know [UPDATED] 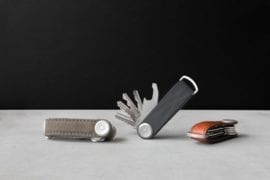 Orbitkey Review: A Key Organiser For Almost Anyone?