The studio who’s responsible for developing the Mass Effect and Dragon Age series has announced in a recent press release that Dragon Age executive producer Mark Darrah and BioWare GM Casey Hudson announced their departure from the company.

According to Laura Miele, Chief Studios Officer for Electronic Arts, they are currently searching for a new GM that could continue the company’s legacy. A few months ago, they teased fans of an upcoming Dragon Age title in the works.

With their last game projects such as Anthem and Mass Effect: Andromeda that made the majority of fans disappointed, it’s going to be harder for them to redeem themselves along the road.

Hudson and Darrah reassure fans that BioWare isn’t going away

Although it is sad to see both of these pioneers leave BioWare, Hudson and Darrah also left farewell notes on the blog as well thanking fans for the continued support.

Casey Hudson had a good run in the company staying for almost 20 years while Mark Darrah stayed for 23 years. With BioWare celebrating its 25th year, their retirement came as a shock while trying to revive the company’s reputation.

Darrah tries to keep the fans’ hopes up by also announcing that Dragon Age will be in good hands. He has passed the torch to Christian Dailey who is the lead designer for Anthem.

As for Hudson, he says that he wants to try something different but he is not sure what it is yet. However, he is open to start by “rediscovering his creative passion through more personal work.”

Passing the torch to the future generation

Since Mark Darrah led the charge for the next Dragon Age game, this move from him was abrupt since we barely saw any gameplay footage from their game aside from their last trailer in Gamescom 2020.

Even YouTubers like LegacyKillaHD are getting doubtful if they can make a comeback especially with the last two titles that they’ve worked on proved to be a flunk.

With Mass Effect: The Legendary Edition currently being led by Mike Gamble, BioWare has yet to prove themselves that they still belong in the gaming ecosystem. The competition’s getting tougher with Cyberpunk 2077 debuting this month. 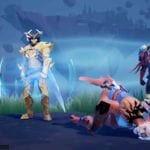 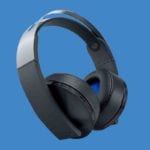