Being a geek is more than just loving tech, gadgets and gear, it’s a lifestyle. Stay in the know to out-geek your mates, colleagues and family with the latest in geeky products, news and reviews. Keep your eyes peeled and your glasses on!

Few media franchises have a more dedicated fan base than the LucasFilm space opera set in a galaxy far, far away. At this point, it seems like everyone has at least heard of Star Wars, whether it be through the original movies, new TV shows, or spin-off books.

It is safe to say that the age-old battle between Jedi and Sith has become a truly global phenomenon. With a brand that is beloved by young and old, there is plenty of Star Wars-related merchandise out there.

Lucky for us, the growing excitement surrounding soon-to-be-released films like Star Wars: The Rise of Skywalker (is it December yet?!) has led to the creation of some awesome gadgets. In fact, we’d venture to say that these are the best Star Wars gadgets ever, and just represent the coolest gadgets in the entire galaxy. 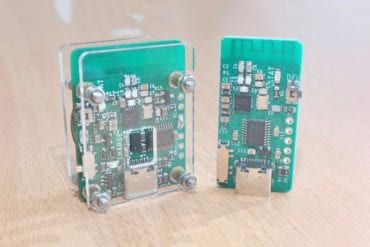 Ever wanted to have a secure zone at work to browse Reddit risk-free? Then this USB laser tripwire could be for you! Check out our review of the Daytripper Laser Tripwire.