The BLUETTI EP500 and EP500 Pro are beasts in the power station market. Packed with a massive 5120Wh battery capacity, 2000W or 3000W power, and 6,000+ charge cycle, they can provide you with all the power you need to keep your electronics, appliances, and most critical devices running for the longest time possible. With the EP500 series, you’ll never be without power ever again.

With power outages happening just about anywhere, anytime, and to anyone, the need for a steady and reliable source of power has become higher. So there’s no wonder why there’s such a huge demand for power stations today. We’ve even had our fair share of reviewing some of them, including the ElecHive and LEOCH, which were both very successful campaigns on Indiegogo.

While we’ve seen and tried a lot of power stations through the years, there’s nothing quite like BLUETTI’s newest offering – the EP500 Series Power Station. Built with more power, more battery, and more function, the EP500 series is changing the game of home backup power. Why? Find out here. Don’t have time to read the whole thing?

Just click on any of the links below to skip to that section:

Most backup power stations in the market have very few functions, can only handle low-power appliances and devices, and takes forever to fully charge. BLUETTI aims to address such issues with its EP500 series, which promises more battery and power capacity. Either one of them can provide you with enough power to run your home and kitchen equipment, power tools, gadgets, and even charge your electric car. You can also plug in multiple devices at once.

Unlike other power stations, the EP500 and EP500 Pro can be used as off-grid energy storage. You can pair it with your roof solar panels to save money in the long run. You can also use it as a UPS to continuously power critical equipment and machines in your home.

To make it even surprising, the company is offering both machines at a much lower price through Kickstarter. The EP500 starts at US$2,799 and the EP500 at US$3,799, which are both pretty big steals.

Back Bluetti on KickstarterSuper Early Bird Deals Available!
Back Now

BLUETTI offers many output options in the EP500 and EP500 Pro. Here’s a quick look at what you can expect:

Safe to say, you can use the EP500 or the EP500 Pro for almost every device. The best part is, since the EP500 series has a 2000W or 3000W output, you can plug multiple devices at the same time. Need to use your blender and microwave simultaneously? No problem.

With the BLUETTI EP500 series, you can run anything you could from a wall outlet. You can also power your RV, worksite, trailer, and even hold an off-grid event. Plus, the wireless charging pads are a great addition too.

The EP500 has a 600W max AC input, so it will take a while if you’re charging it exclusively from the wall. The EP500 Pro, however, has higher max AC input. Thus, making it faster to fully charge. Its charging speed depends on the voltage and ampere of the wall socket.

If you want an even faster charging experience for any of the EP500 series, you can use AC and solar power simultaneously.

Unlike other power stations, the BLUETTI EP500 and EP500 Pro can be used as UPS via a panel box. Through this mode, your computer, internet modem, fridge, or any other important utilities will continue to run even during a power outage. If you’re using any medical devices at home, this is a key feature to have.

Need a higher power at home to run your air conditioner or heater? Or maybe your dryer and other high-power appliances? Well, with the BLUETTI EP500, you can. Using the company’s split-phase bonding function and optional “Split Phase Box”, you can connect 2 EP500s to double the AC output and storage capacity.

Now, these are just some of the key features of the EP500 series. There are certainly more features you should look out for, including the BLUETTI app, OTA upgrade, solar panel, safety system, and more.

The battery used in the EP500 series is twice the size of the company’s previous offering – the AC200P. So it’s not a surprise that it will take twice as long to fully charge it from dead. Also, the type of battery (LiFePO4) used in both versions is considered the safest lithium battery available in the market today. So you’d have fewer things to worry about when your environment or temperature changes. 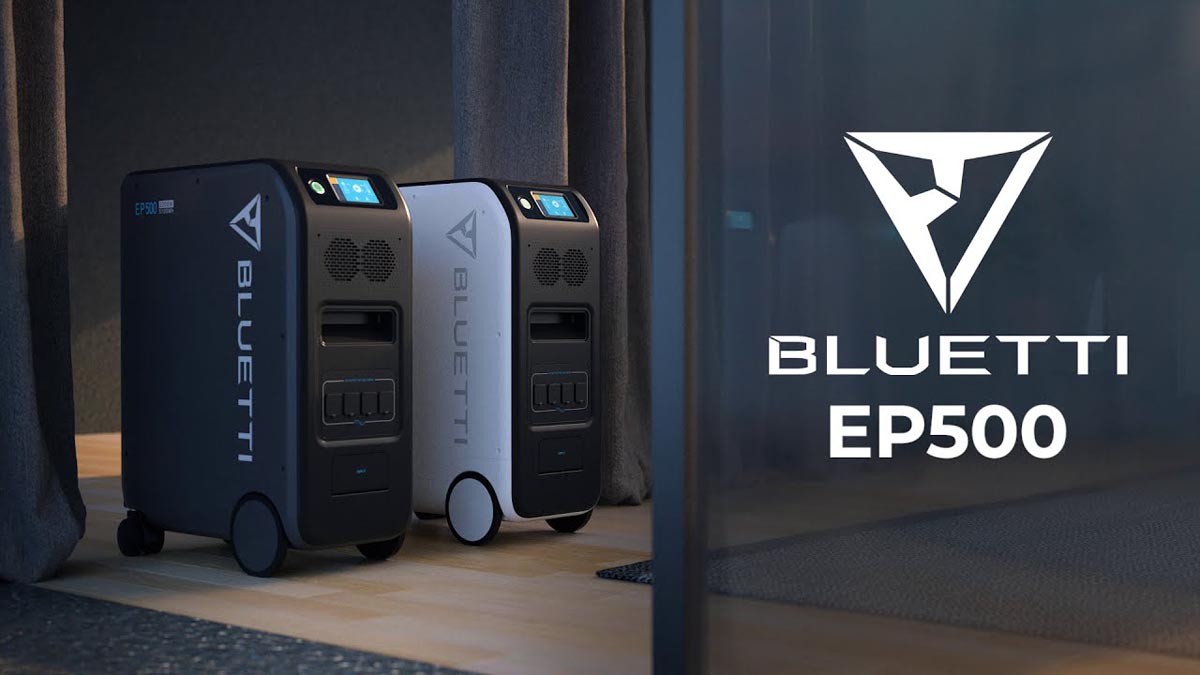 If there’s one issue we see with the BLUETTI EP500 series, it’s the built. Weighing 167-182 lbs and measured at 22.8 x 11.8 x 29.9 in, this monster is pretty massive. Compared to other power stations, this is the least portable. Good thing there are wheels at the bottom to help you move it around. But if you need to carry it, say from your car to your home and up the stairs, you might want to ask a friend or two to help you out.

Back Bluetti on KickstarterSuper Early Bird Deals Available!
Back Now

If you are looking for a power station with the longest run time, either the BLUETTI EP500 or the EP500 Pro is a great choice. With an impressive battery capacity, high solar max input, and multiple charging outputs, any one of these units can surely meet your power requirements. Both can go for days and days while running some of your most basic things and appliances.

Sure, the EP500 series may not be the lightest and most portable unit you’ll find but its performance, capabilities, additional features, and surprisingly low price make it the most powerful and functional power station there is today. So whether you are looking for a replacement for your loud gas generator or in need of a reliable emergency power station at home, then the EP500 series is your best option. 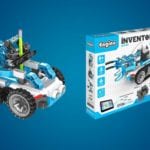 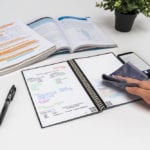 Rocketbook Flip: Write Endlessly With The Help Of AI