After so many delays, we are now seeing Cyberpunk 2077 making rounds on the internet this week once again as a lot of news outlets are anticipating its December 10 release.

However, CD Projekt RED also warned about the content creators and streamers who plan to showcase gameplay before the release date to avoid spoilers.

Here's what you need to know about creating your #Cyberpunk2077 video content before the release: pic.twitter.com/QBCCxAX0E2

The title also made a lot of partnerships and The Verge compiled a list of their collaborations which amounted to over $2,000 if you choose to live the Cyberpunk lifestyle. The studio behind the Witcher series have a high bar set on them and hopefully gamers don’t get disappointed.

A few days ago, Shroud talked about what he wants to see in Cyberpunk 2077 if it can live up to the standards of next-gen gaming. He was also looking at graphics comparison with the Xbox One X and Series X during his stream with his viewers.

The only concern that he sees for this game is if the combat can live up to its potential. Knowing that he’s also a former competitive CS:GO player it’s no surprise that some people off YouTube don’t agree with his opinion since this is more of an RPG style of gameplay rather than focusing too much on a shooter.

What will Cyberpunk 2077  Do Differently In This Open World Genre?

First off, Cyberpunk will introduce two ways of earning XP as per PCGamesN: a core XP gained from main missions and a Street Cred gained through side missions.

What’s interesting with Street Cred is that it can impact your influence in the open world and it can also get you access to new vendors and Fixers.

Another interesting take in the open-world genre is that you can finish Cyberpunk 2077 in different ways according to lead quest designer Pawel Sasko in an interview in a Polish site called Spider’s Web.

The player has an opportunity to unlock different endings depending on which path he chooses at the beginning whether it be a Nomad, Street Kid or Corpo and the relationships he develops throughout the game.

You can also check out their recent photo mode trailer that they’ve released this week which should keep your excitement as we wait for the game’s release in a few days. 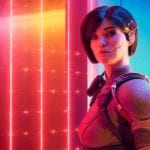 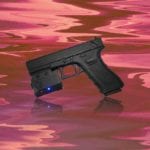