Diablo 2 Resurrected Assures That It Won’t Be A Fluke

The recent BlizzCon was a buzz starting from Overwatch 2 getting love from the fans, it looks like the Diablo updates did not disappoint. We are getting Diablo 2 Resurrected sooner than we think.

Recently the Diablo 2 team also confirmed that remaster will also include the Lord Of Destruction expansion so it’s definitely worth getting if you’re a big fan of the franchise.

This is the full terror as I knew it then. This is the original Diablo II, complete with the Lord of Destruction expansion. You will experience my full suffering as you once did. Curse you, Diablo! pic.twitter.com/nzBhi0uqfx

We all know what happened to Warcraft 3: Reforged when it launched last year where they got a 0.6 User Score out of 10 in Metacritic.

So let’s dive in on what’s in store for this epic remaster.

First off, we see that the game’s minimum requirements won’t require your PC to have monster specs so this is what Blizzard posted:

If you want high graphic settings to get the full experience, they recommend at least an Nvidia GTX 1060 or AMD Radeon RX 5500 XT so you don’t really need those expensive RTX cards to enjoy playing this title.

Aside from the updated HD graphics and cinematics it looks like we’ll be getting a legit refresh of this classic masterpiece while keeping the gameplay mechanics nostalgic.

PC and console Cross-progressions are now possible with Diablo 2 Resurrected plus the team also mentioned that you can now use your controller to move your characters aside from the traditional point and click back in the day.

The game’s UI will also be updated plus other quality of life improvements such as a shared stash and auto gold pickup.

Mod support will also be part of the remaster and people over Reddit are figuring out up to what extent can you modify the game’s code since the team also mentioned that hacking won’t be as easy.

But if the famous Median XL mod gets through the remastered code then it’s going to be worth the money.

This isn’t a remake

Don’t expect this remastered title to be a remake. The team made sure that you get that nostalgia of playing this classic game.

As per Polygon, Rod Fergusson, executive producer of the Diablo franchise over at Blizzard said that they made sure that players will remember Diablo 2 as it is. There’s even a toggle switch for legacy graphics if some people want to play Diablo 2 with graphics from 20 years ago.

To cap off all the updates that the team shared, fans of the Diablo franchise also have the chance to participate in their Technical Alpha so you can sign up here so you don’t miss out. 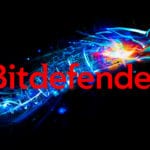 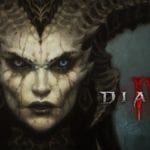