While the gaming community is still waiting for the sequel to this souls-like game, a developer took the challenge of recreating Bloodborne on the PS1 and it looks amazing.

Last time, we featured a retro enthusiast who cramped an entire movie in a floppy disk and now we’re seeing popular game titles being remade into the PS1.

Indie game developer Lilith Walther showed a couple of Twitter threads this month showing her progress and it got a lot of people talking about it over the weekend thanks to The Gamer.

Starting todays Bloodborne PSX dev thread with a blind playthrough of a new test level designed by @art_mino, who is doing all the textures and will be helping out with level design!

Today we will be tackling player health / death 🧵 pic.twitter.com/9gclg7MDiI

She even asked help with the level design from Corwyn Prichard who is also an indie game developer. They did a blind playthrough of some of the game levels as well as polish visceral attacks.

For todays Bloodborne PSX Dev thread we're starting with further polish on the visceral attacks. Made the animation a little more punchy and also made visceral attacks survivable (before they were a guaranteed death. Now they do a set amount of damage) 🧵 pic.twitter.com/B9wbBDW09e

Walther is currently a lead programmer for a JRPG called Witch which is scheduled to release this coming 2022 and she also launched her action shooter project called Arcus which is now available for free on Steam.

This Bloodborne PS1 Demake project has been going on since 2017. We found around 2 minutes of footage from this work in progress and it has come a long way ever since. This 2017 video takes us to a work-in-progress castle level.

Additionally, she also teased fans with a rough cutscene of Hunter’s Dream in this PS1 Demake. For a game still under development, we have been treated to a lot of progress updates. She even tweeted this week that her work is now being clamored over at Reddit.

A lot of emerging game developers are now showcasing their skills and it looks like the future of gaming grows brighter everyday. Let’s see if the Bloodborne PS1 Demake team can pull off a great port. 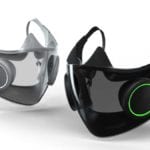 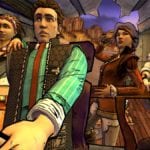 Tales From The Borderlands Might Be Coming To Next-Gen Consoles