Supergiant Games was able to make its mark in the indie landscape as Hades was able to receive two awards off their eight nominations in the 2020 Game Awards. What’s even more interesting with this indie game is that it was also nominated for Game of the Year.

Our game has been nominated in eight categories in tomorrow's big event, including Game of the Year! #HadesGame pic.twitter.com/Dj3qS8t8yO

The thought of this game going at it with heavyweight titles such as Ghost of Tsushima and The Last of Us Part 2 for Game of the Year is also an interesting sight to see in the gaming community.

Nowadays, gamers have become accustomed to dungeon crawling and souls-like genres such as Dark Souls, Dead Cells and the like but Supergiant Games has found the perfect recipe to keep you grinding in Hades.

Getting nominated for Game of The Year is already a big accomplishment for this title and it’s impressive that this 2D isometric game also upset 3D action titles such as Nioh 2, Half Life: Alyx and even Doom Eternal in its battle for Best Action Game.

One more!! Hades just earned the award for Best Indie Game at #TheGameAwards! We are very grateful, and feel extraordinarily fortunate to have been able to make games our way and stick together for more than 10 years now. Hades couldn't have happened if not for our past games.

As for the game’s feel without spoiling the story, you will never get bored with the mechanics of this randomly generated dungeon crawler. And just when you thought you had finished the game’s main story, it would still pull you back asking for more.

Other Nominations That The Game Has Received

Aside from winning Best Action and Best Indie and also for being nominated as the Game of the Year, this game deserves the recognition as it was also nominated in these categories:

Hades may have not won the other categories or Game of the Year, but the fact that a 2D game was able to compete in a 3D dominant game environment is a spectacular feat to witness. Who knows, this could even strike inspiration to all independent developers out there to keep on creating great games for the years to come. 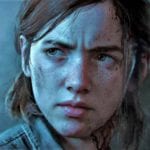