Halo Infinite Releases In Fall 2021 As Devs Polish The Game

343 Industries broke their silence on when they plan to release Halo Infinite and it looks like it’s going to get delayed for another year.

As 343 Day draws to a close, we're excited to offer a closer look at Halo Infinite development and share our updated launch window of Fall 2021.

The Game Demo Becomes A Meme

Last July, the devs showcased gameplay however it left fans disappointed with the supposed graphical improvements. It even reached a point wherein the Halo community made a Craig meme out of one of the enemy characters.

Brian Jarrard, community director at 343 Industries even rode the meme trend and later on, head of Xbox Phil Spencer embraced the idea of turning him into a mascot.

So are we in agreement the poor deadpan Brute is named Craig? I now really want to know more about Craig. What’s he up to? How has his time on the ring been? When he’s not getting smacked in the face what does he do for fun? 🤔

Our new official Xbox mascot 🙂 love the community and their ability to just take something fun and run with it.

While fans may have to wait for a long time for the release of Microsoft’s exclusive title, the devs over at 343 Industries revamped a lot of the art and graphics for the game.

Art manager Neill Harrison pointed out during the demo gameplay reveal, the art and visuals weren’t at par with what they were expecting. Ani Shastry, the development manager for the graphics team also acknowledged the flaws that the game’s graphics had.

However, the team has made improvements in fixing the graphical bugs as well as more polished art and visuals.

As far as their “Live Team” is concerned, they are currently looking at other ways to get players immersed in the Halo universe with side levels, challenges and some multiplayer features.

They are also working on armour customisation which can also be obtained by completing achievements. It also looks like that they are eyeing on a Battle Pass style of progression as well when it comes to collecting cosmetics especially the free-to-play rewards.

At least the Microsoft team had some laughs and progress with all that’s going on with Halo Infinite despite the criticism that they received this year. Take a trip down memory lane and judge the gameplay for yourself. 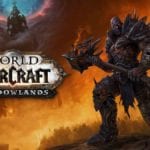 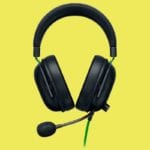