Important Facts About Cryptocurrency You Should Check Out Before Starting

Crypto is among the most profitable markets these days. With cryptos like Bitcoin increasingly gaining acceptance on Wall Street, the audience reached by these virtual currencies has been growing tremendously over the past few years. This is perhaps why the prices of cryptocurrency have skyrocketed greatly over time, and everyone seems to be thinking about joining the bandwagon as an investor.

Just like other markets, however, trading cryptocurrency has its own perks and downsides. Before you take a dive into the waters with both feet, it pays to know how deep they run. In other words, getting started with cryptocurrency investment requires you to get as much information as possible. That is if at all you want to make the most out of it. With this being said, here are some crucial facts about cryptocurrency you want to check out as an aspiring beginner in the game.

One might believe that because cryptocurrencies like Bitcoin are virtual and have no direct tangible relationship with solid currencies, they are not taxable. Well, this is not necessarily true, especially in countries where cryptocurrency is widely accepted. In a recent article on tax on cryptocurrency in Australia, Ted points out that Bitcoin and Etherium are subject to tax obligations. This is overseen by the Australian Taxation Office (ATO), and there is a guideline on cryptocurrency tax in Australia. In March 2020, the taxation body rolled out plans to monitor and audit Australian crypto traders to ensure they meet their tax obligations.

Simply put, the taxman wants a piece of the virtual pie now that they have made it into the mainstream marketplace. But what does this mean for beginners in the market? It literally means this – when you earn a profit on an investment, part of the spoils will go to the taxman. This means that your trading platform will charge a certain percentage of your profits, so you shouldn’t be surprised when you don’t take home the entire spoils.

2. They Have No Fundamental Backing

3. There Are More Than a Thousand Cryptocurrencies

If you are a cryptocurrency enthusiast, you are aware that there are numerous digital currencies available. However, the figure is considerably more than you might think, and it continues to climb. Bitcoin is by far the most well-known cryptocurrency at the moment. By now, you have undoubtedly heard a lot about it. Every day, new digital currencies are created. Sadly, a sheer majority of them do not go very far and have a bleak future. Bitcoin, on the other hand, is the most valuable of them all. It accounts for 54 percent of the $589 billion cryptocurrency market’s worth.

A lot of people are putting a lot of emphasis on cryptocurrency trading. One of the reasons it is so well-known is because of its safety and immunity from governments. However, it is the blockchain technology that underpins cryptocurrencies that makes them so valuable. Because blockchain technology is decentralized, no big data center can be hacked into and used to seize control of any digital money. Instead, the information that underpins these currencies is held in bits on computers and hard drives all across the world. With such advancements in technology, cryptocurrency becomes one of the safest currencies to utilize in any situation.

5. Some Countries Don’t Really Share the Dream of Digital Currencies

When it comes to trading, cryptocurrency may appear to be the Holy Grail at the moment. The majority of countries have already adopted this new digital currency, while some are currently debating it. However, there are a few countries that do not share the Crypto enthusiasm, idea, and vision. This is perhaps why the usage of these digital currencies is prohibited in certain countries.

While it is difficult to outright outlaw virtual currencies because they are not supported by a stable banking system, these countries have expressed their disdain for their use. Kyrgyzstan, Bolivia, Nepal, Ecuador, Morocco, and Bangladesh are just some of the many nations that disapprove of the usage of crypto. 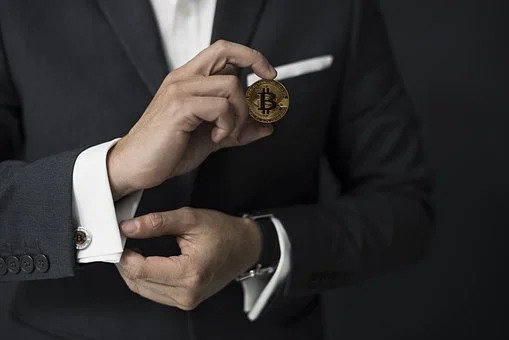 Investing and trading in cryptocurrency can be a highly rewarding activity. However, it pays to enter the market informed and equipped with facts that matter. From there, you can proceed and do research on some of the most reputed cryptocurrency investment platforms, tools, and technology. As you get prepared, the above few pointers can offer some insight.
0