Lenovo is welcoming an innovation for bringing 4K monitors to its full potential as it showcases their new Yoga AIO (All-In-One) 7 with a revolutionary rotating feature which could even compete with Apple’s desktop lineup in the near future.

With newer versions of monitors coming out these days, here’s what to expect from this beast making its debut this year.

At a glance, the Lenovo AIO 7 packs a powerhouse Ryzen 4000 series processor along with an NVIDIA GeForce RTX 2060 GPU.

The installed GPU should be more than enough for users to experience the full potential of AAA gaming titles such as Star Wars Battlefront 2, which is going for free for a limited time, Cyberpunk 2077, and more.

The RAM options for this device are available in 16GB and 32GB while you also get 1TB or 2TB HDD storage option plus SSD storage support from 256GB up to 1TB.

Its 27-inch 4K IPS panel is enough for content creators to take advantage of its color accuracy that supports both 99% DCI-P3 and 99% Adobe RGB color standards.

As far as ergonomics are concerned, consumers can also take advantage of its rotating feature meaning they can view their apps in either portrait or landscape mode for productivity improvements.

An Entertainment Hub Worth The Investment

Not only does Lenovo treat you to great PC performance but you can also convert this monitor into your own 4K smart TV without turning on its internal desktop. It has a wireless casting feature where you can watch your favorite shows from your phone and cast it into your 4K monitor.

As per XDA Developers, the Yoga AIO 7 will be available in select markets starting next month with a price of $1,599 which is actually $400 cheaper compared to getting a high-end 27-inch iMac from Apple. 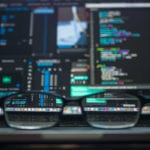 Data Analytics for SME in 2021 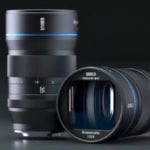