BioWare has been working on releasing their remastered versions of the Mass Effect Trilogy and it has popped out in online stores after they recently announced last November on their N7 day event.

Your choices. Your squad. Your Shepard. Relive the legend in a remastered edition of the highly acclaimed trilogy. Mass Effect Legendary Edition arrives Spring 2021. https://t.co/qbWVibXuQI pic.twitter.com/ecR6rnN8DP

The studio had some major changes this year since the recent departure of their core executives. However, they did some game reveals in the recent 2020 Game Awards including Dragon Age and their new Mass Effect game that is under development.

Get a sneak peek at a new chapter… @BioWare is now in early production on the next #MassEffect! pic.twitter.com/dPxS6zHRmx

Although it is unclear if they can mount a comeback similarly to what the game developers over at No Man’s Sky have been able to achieve after bagging Best Ongoing Game, they did mention that they are planning to release the new game this Spring 2021.

What will the Legendary Edition include?

As per EA, they mentioned in their N7 day event that the Legendary Edition will not only include the remastered versions of the trilogy, but also promo weapons, armours and packs that are all optimized for 4K Ultra HD.

However, upon checking on some game retailers such as Amazon, they already placed a tentative release date on December 31, 2021.

The Gamer also checked BestBuy and both listings have a $59.99 price tag but they also reported that GameStop also listed the game for pre-order but was taken down later on.

Fans have mixed feelings over the announcement

Despite BioWare’s efforts to try and put itself back up after their recent game slumps, some people off Twitter were both excited and underwhelmed with the announcement of the Legendary Edition coming to PC, Xbox One and PlayStation 4.

Now that we know the next Mass Effect game is essentially ME4 in that it's a direct continuation of those games, it makes a lot of sense EA is releasing the Legendary Edition this Spring pic.twitter.com/UHXiFn9Rs9

Once Mass Effect Legendary Edition comes out i can predict a lot of people being upset that the overall story , including ME3's ending and probably gameplay is practically the same even though BW stated it's mostly a visual improvement

But BioWare has also reported that Mass Effect Legendary Edition will also be available on the Xbox Series X and PlayStation 5 next-gen consoles.

No news yet if BioWare intends to have some pre-order bonuses in the mix but they could probably do a promo similar to what Ubisoft is doing for this week giving away one free game a day. 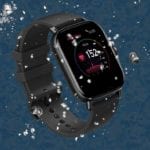 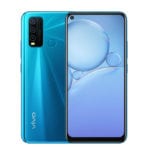