Fortnite has become one of the best battle royales up-to-date however, the all-time popular Twitch streamer Ninja has once again expressed his anger towards one of the players on his latest stream.

For those who don’t know what stream sniping is, it’s basically a form of cheating in-game by watching a streamer live while you’re also playing the game, giving you the advantage of knowing your enemy’s position and highly increases your odds of eliminating him.

If you go to 3:08 of thatdenverguy’s YouTube video this is where Ninja starts snaps up to the point where he called the game stupid which is also ironic because this is the game where he got popular over time.

This isn’t the first time Ninja was enraged with cheating. Last December 2020, he also accused Valorant team BBG, specifically Critical, for cheating from the Knights Before Christmas Invitational. However, Critical had been cleared from all cheating accusations as per Dexerto.

But in this scenario, he encountered that same player four times, so it’s impossible to say that it’s just a coincidence.

Wasted Game Potential Because Of A Toxic Community

Toxicity in Fortnite isn’t new. In fact, Sportskeeda compiled a list of why a lot of people dislike this game aside from being dubbed as a “PUBG ripoff”.

They also made a good point about younger players creating evergreen clickbait content over at YouTube in which most of the videos don’t really give value to the viewers.

This recent stream sniping incident from Ninja may trigger more people afraid of even trying Fortnite as he said to those who are cheating in this game: “All they’re doing is just harming the game because I’m gonna play it. I’m not gonna stream it.”

We don’t know if he really meant it that he’s not returning to the game anymore but at least he found other games to be competitive in such as Valorant and League of Legends. Let’s hope that Epic Games could do something about this in the future because it’s getting out of hand. 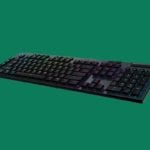 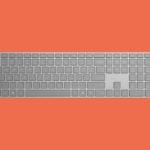