As technology has continued to develop rapidly over the past few decades, many different devices have become obsolete. From pagers to cathode-ray tube televisions, if you’re a part of the Millennial generation, chances are you’ve never seen these technologies in the wild.

While obsolete technology might show up in TV shows and movies from time-to-time, it is typically useless in everyday life. After all, who would want to use a flip phone when modern smartphones provide countless conveniences in the palm of your hand?

Take a trip down memory lane with Mr Gadget as we explore some of life’s greatest technologies that are now obsolete. Don’t forget to hit the comments and share any other technologies that were once loved and now lost.
–

When Is Technology Considered Obsolete?

Before jumping into our list of old technology, it might be helpful to provide a better explanation of what makes a technology obsolete. Generally speaking, obsolete technology is those that have been, for all intents and purposes, replaced with newer and more advanced solutions. However, just because a particular technology has become obsolete, it doesn’t automatically mean that it is entirely useless.

In fact, some people make an effort to use older and outdated technologies. For example, you can easily argue that vinyl records are obsolete in the wake of streaming services like Spotify, but many people still enjoy the rich, full sound provided by this technology.

With this in mind, we would like to cover seven obsolete technologies that you are sure to enjoy. Whether you’re a Millennial who has never heard of these technologies or someone who grew up with them, chances are you’ll enjoy these interesting devices. 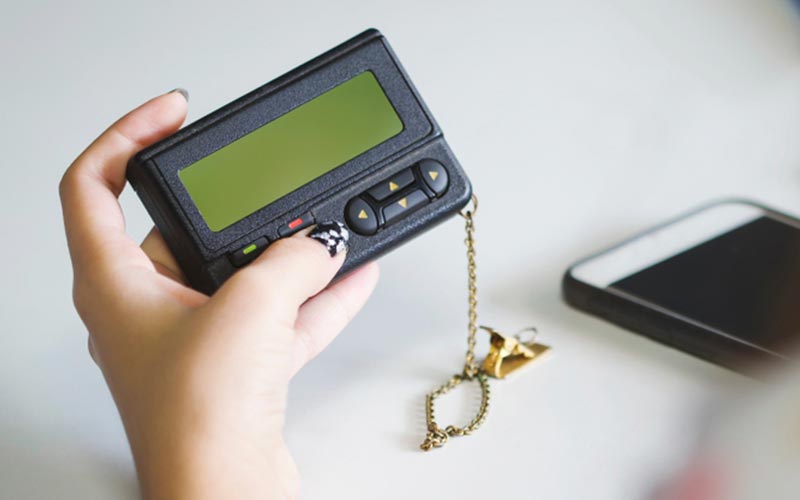 Pagers: Where Are You?

Pagers, also know to many as beepers, were a wireless telecommunications device that helped people stay in contact. Unlike today’s smartphones, pagers were only capable of displaying short messages or playing brief audio clips. Think early 90’s movies where the lawyer would be paged an update of a court case and make a mad dash to find new evidence.

Used as a one-way communication device, pagers were widely used by doctors and other professionals who needed to have instant access to their coworkers. While pagers were first invented in the 1950s, they reached mass appeal in the 1980s with everyone toting around these tiny devices. After the rise of more advanced mobile phones, pagers went the way of the dodo bird.

Believe it or not, they were still widely used by some professionals until the late 2000s, as for a time they provided better service coverage than smartphones. 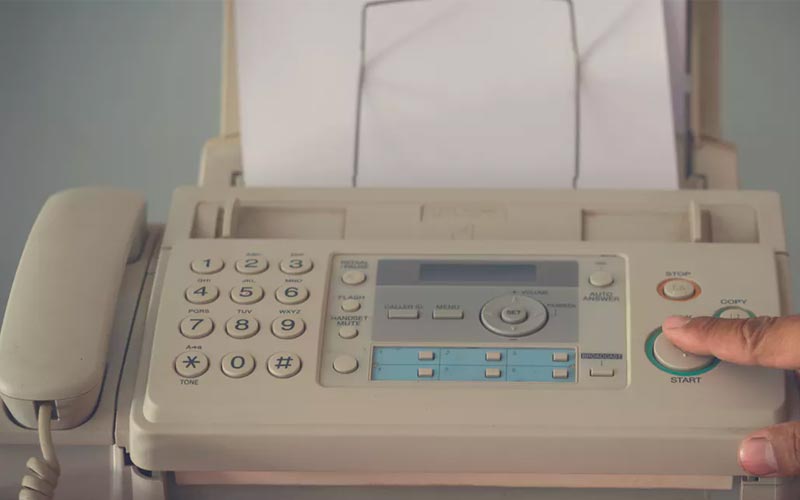 Fax Machines: Email Before It Was Cool

Decades before the rise of email, people sent documents over the phone with fax machines. This may sound unbelievable to younger generations, but it was once a daily occurrence. Just imagine for one second. You have a 40-page essay to send over to your college tutor and you’ve got minutes to spare before the deadline. Whip out your fax machine and scan each page one by one. Urgh, tough times.

Fax machines relied on audio-frequency tones to transmit information about documents over a phone line, which was then used to print the document by another fax machine on the other end.

While fax machines are still used by some government organizations due to security concerns, you’ll be hard-pressed to find them anywhere else. That said, even governments and law firms often adopt to employ a single person to be in charge of document delivery. Deeming it faster to send a courier to deliver the goods than a fax machine at times when the offices are close! 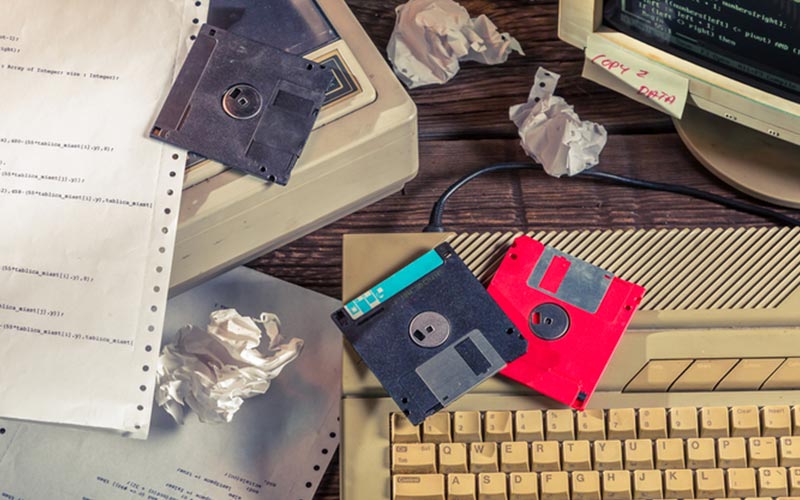 Since the introduction of personal computers, users have stored data using numerous different methods. Floppy disks – once the de facto storage standard of the digital world – have remained one of the most iconic storage systems in the minds of nerds everywhere.

First introduced for consumer use in the 1970s, floppy disks continued to decrease in size and increase in storage capacity over the coming decades. When CDs and DVDs were introduced to store more extensive software programs, floppy disks were quickly kicked to the curb. The above said you cannot deny that there’s still something so great about loading a floppy disk into an old computer and watching it click into place! 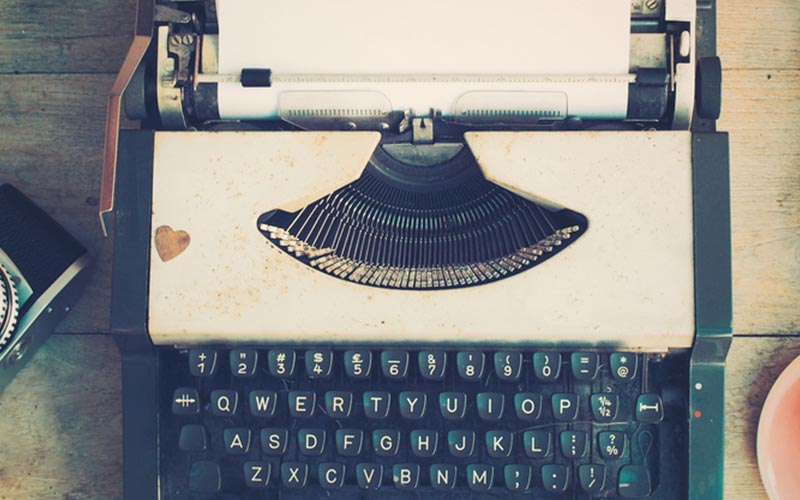 Typewriters served as the original word processor, with ink physically pressed against the paper as users typed up their documents. Thanks to the introduction of PC-based word processing software, these devices are truly obsolete.

Still, many people use these devices today, thanks in large part to the nostalgic experience they provide. Many writers agree that modern technology just can’t match the experience of bringing your words to life with these analogue devices. But there is no escaping the frustrations when you make a mistake. Oh, you kids don’t understand how lucky you have it today what with Grammarly and auto-correct. The content curators of old were seriously accurate. 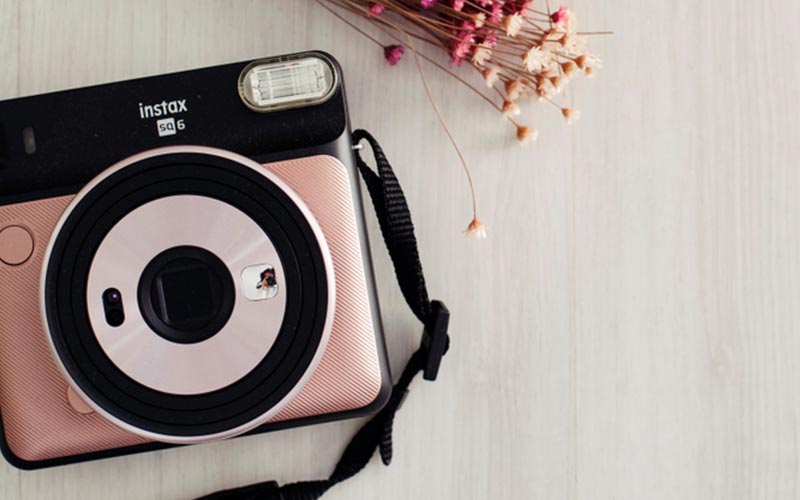 Now a favourite pastime for hipsters everywhere, Polaroids and other instant cameras used to represent cutting-edge photography technology. You may look at this suggestion and wonder why we’re classing it as obsolete considering you’ve probably used them yourself. But truly, polaroid cameras from a large scale commercial sense are now a thing of the past.

Whilst these devices – which used physical film treated with chemicals to automatically develop pictures after they were taken with an instant camera – are still the preferred tool of choice in the eyes of many photographers, the rest of us have one tucked away in a drawer somewhere. That’s only until pop culture and music bring them back to life (”Shake it like a polaroid picture!”). 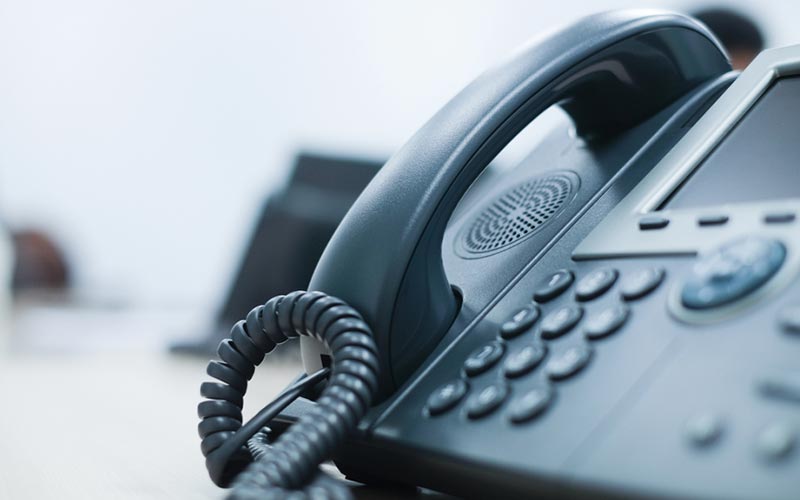 Back in the day, the only technology that allowed you to talk to another person were landline telephones. While many of the devices and technologies mentioned above were invented in the past few decades, landline phones have been around in some form since the 1800s.

When you consider the history of landline phones, it helps put the mobile phone revolution in perspective. On the other hand, can you think of any 200-year-old technologies that are still used today? (We sure couldn’t come up with any!) 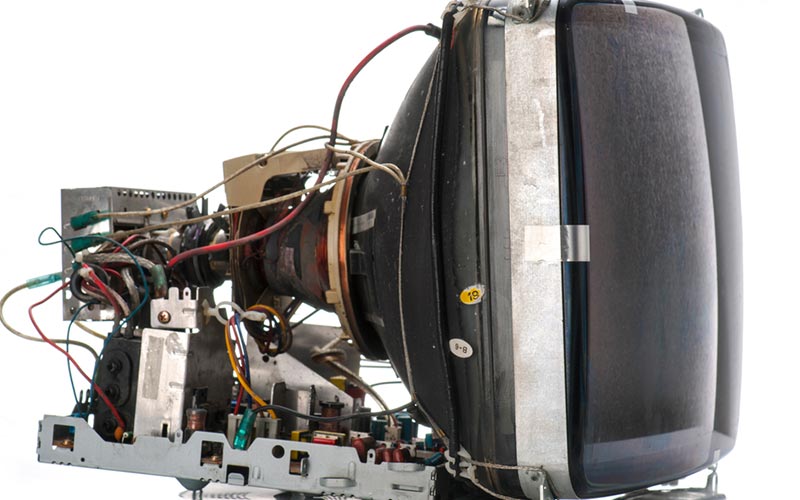 In a world with flat-screen, 4K monitors & televisions, imagining the size of cathode ray tube devices can be a difficult task. These monitors were huge, with some of the first televisions actually being installed in custom-built cabinets. First commercially released in the post-WWI 1920s, this technology had a very successful run before being passed over for modern solutions.

Today’s televisions might blend into the background of a room, but cathode ray tube TVs were typically placed front-and-centre within a room, due to their massive size and weight. Thanks to the invention of far smaller and energy-efficient plasma and LED screens, cathode ray tube monitors have all but disappeared over the last few decades.
–

As we have seen, there are a number of now-obsolete technologies that were once on the cutting-edge. We’ve covered some of the most noteworthy obsolete technology examples, and a full list of old technology that is no longer in use could probably go on forever.

In a way, this is one of the best parts of technology – it’s always improving and getting better. While this fact may force us to upgrade our devices every now and then, these changes typically lead to better user experience and more exciting features. Best of all, it provides us with the chance to look back and see just how far we’ve come!