Orbii comes with an advanced stabilizer bar that keeps its camera still while the device roams around your home, allowing it to capture steady and clear videos for you to stream.
By Mr Gadget 6 July 2021 5 Mins Read
Share on Facebook Share on Twitter Pinterest LinkedIn Tumblr Email

Orbii is a bit-sized security robot that offers tons of awesome features, including sound and motion sensors, room mapping capabilities, and easy maneuverability. You can also upgrade it by fitting it with atmospheric sensors and night vision to make it your home’s ultimate watchdog. If put a premium on security, you’ll want to pick up an Orbii.

Orbii is a handy little home security robot that’s capable of a full range of motion and keeps your home under surveillance while streaming the footage back to you. It also includes a wealth of awesome features and can be fitted with some nifty upgrades. Question is, can you really entrust the safety of your home to this little guy? To find out, we’re taking this little ball for a spin, in this Orbii Robot review.

Can’t spare the time to read through the entire review? Just click any of the links below and we’ll take your right to that section.

Orbii is essentially a little ball with a camera inside of it, fitted with a bunch of different sensors that allow it to roll around your house and provide you with a video feed and various types of sensor data. It comes with some pretty practical security features, like sound and motion detection, as well as optional night vision, room mapping, and some cloud storage to save your videos.

Of course, you can still control the device manually if you like via joystick controls on your tablet or smartphone. Perhaps one of Orbii’s cooler features is its ability to be upgraded, allowing you to gear it up with some extra sensors which can give you even more types of readings.

Through the use of a high-tech stabilizer bar that incorporates an accelerometer, magnetometer, and a gyroscope, Orbii knows where its camera is facing at all time, making it easier for the device to take clear videos wherever it goes.

Orbii’s drive module functions in the same way a hamster in a hamster ball would, giving it the ability to roll around with pinpoint precision and maneuverability.

You can connect to your Orbii through its companion app which can be installed on a smartphone or tablet. You’ll be able to stream live video footage of the device, control it via joysticks, read sensor data, and manage your cloud storage.

Orbii features sound and motion sensors that you can set to alert you once it goes beyond a configured threshold. Alerts can be in the form of push notifications or text messages, which occurs while simultaneously taking a 30-second video. The device can also distinguish between different sounds, such as human voices and dogs barks, and it can even learn to recognize other noises like crying infants and blaring smoke alarms.

You get 8 GB of built-in storage on the Orbii for recording and streaming videos and recording miscellaneous data. If this isn’t enough for you, you can subscribe to a cloud storage plan that allows you to save video data to a secure cloud server for up to one month.

While Orbii’s default camera already works great in low-light situations, you can also opt for an upgraded camera that incorporates infra-red LEDs. This gives the device night vision capabilities even in total darkness.

Through positional sensors, Orbii can map out a room as you navigate it around your home. Once a proper map has been established, you can set the device to patrol the house or have it move to a specific location on command.

Orbii is built using a tough polycarbonate shell which gives it high resistance against shocks and various types of damage. So while the device was certainly intended for indoor use, it’s also capable of functioning outdoors to a certain extent.

You can fit Orbii with atmospheric sensors, giving the device the ability to measure various elements in its surroundings, such as carbon monoxide, humidity, temperature, and air pressure and quality.

The device’s stabilizer bar includes four USB Type-C ports, allowing you to install some handy upgrades, like Red emitters, a thermal camera, or even a laser that you can use to point at things. 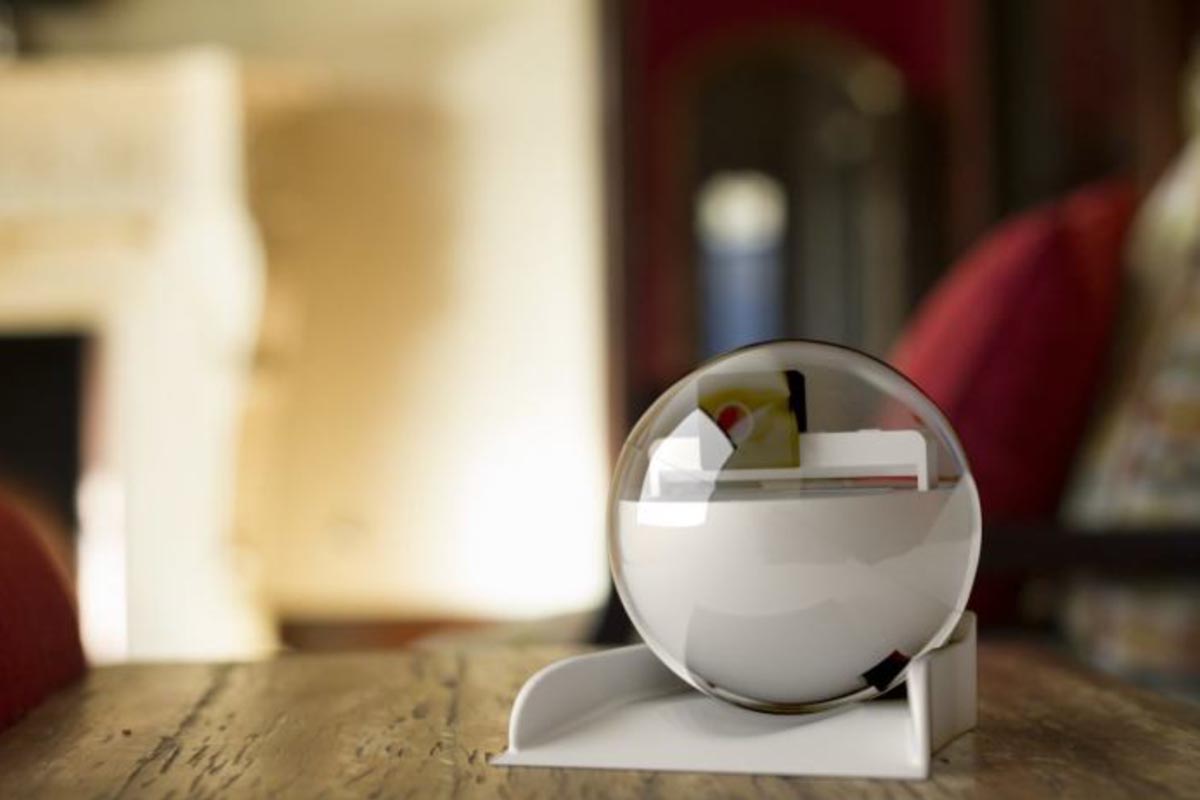 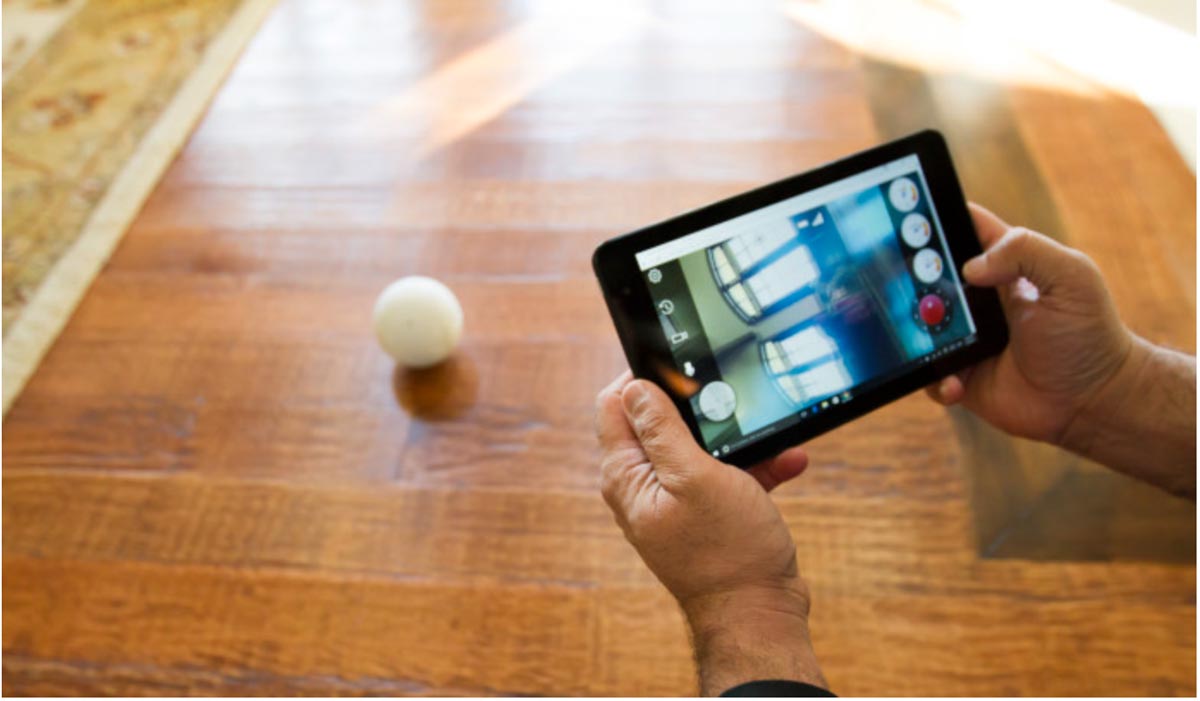 Orbii is a cute little transparent ball that could easily be mistaken as a child or pet’s toy from afar. Upon closer inspection, you’ll notice a yellow structure inside of it with a camera mounted on top. It isn’t much to look at, with a design that’s similar to what you’d find in those DIY robotics kits, though there’s something strangely satisfying about watching the transparent ball spin while its insides wobble about to remain stabilized.

The device’s polycarbonate frame makes it remarkably sturdy, which is a great feature to have for a device that perpetually rolls around your home. Its compact, round shape also gives it a huge advantage as a surveillance bot, since it’s able to move unobstructed around your home and can reach places other devices would have trouble with.

Orbii is a wonderfully handy security robot that packs a ton of features into a neat little package. With its sound and motion sensors, it can react to different stimuli and alert you when necessary and it even has the potential to read various atmospheric levels around your home.

It’s fully capable of being autonomous once it properly maps out your house, in addition to featuring manual control via the easy to use joysticks found in the companion app that’s downloadable on your smartphone or tablet. It could’ve used a little more love in the looks department and it may have trouble with multi-floored areas, but the Orbii is a security robot you’ll definitely want rolling around your home. 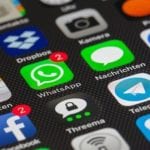 What Trends That Will Shape the Future of Mobile Apps 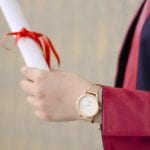 4 Tips And Advice To Help You In Your Degree Pursuit