Microsoft has once again pulled off a marketing move from the Steam playbook.

Just when you think these collection of titles from the Game Pass aren’t enough, Microsoft is becoming aggressive when it comes to driving game sales to the roof as they are offering titles at massive discounts for the whole week of up to 90% plus add-ons of up to 60%.

Since looking at over 400 games can be overwhelming, we’ll take a look at some gems that may be worth getting considering this week’s sale so you won’t have a hard time in choosing a game title you want.

If you have been a hardcore horror fan, then getting these titles from Resident Evil is sure to make your money’s worth.

GameRant has compiled one of the best bundles that you can get such as the Resident Evil Gold Edition worth only $19.99 from its $39.99 base price. The bundle includes the base game plus DLCs.

If you’re into some dungeon crawling, role-playing and strategy plus if you’re also a big fan of Dungeons & Dragons, then the Baldur’s Gate Franchise may be good for you.

Immerse yourself in both games, including their expansions for only $24.99 or you can save up more money to get the Baldur’s Gate 3 from Larian Studios which is available on Steam for a whopping $59.99 price tag unless you’re willing to wait for the next Steam sale.

Feel free to go through this long list if you’re still looking for more great Xbox deals aside from the ones that we’ve suggested. 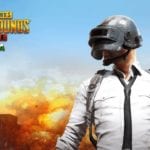 Krafton CEO Confirms PUBG Will Be Getting New Games By 2022 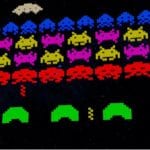