Playpulse ONE Is A Must Have For Gamers And Cyclists

We’ve seen Zwift attempt to add game elements to cycling through their training apps but it looks like Playpulse has entered the competition. The team is giving gamers and cycling enthusiasts another way to motivate themselves in their fitness journey.

The Playpulse ONE could be your new gaming and exercise companion and you wouldn’t believe the massive price drop on its ongoing pre-order.

Aside from its small physical footprint, strong steel frame and high-quality crank built to carry up to 330 lbs, we take a look at what’s in store for this revolutionary bike and gaming station.

The custom-built controllers and adjustable seats and steering are just some of the features that this gaming bike has. The high precision pedal sensor integrates seamlessly with the in-game movement.

The Playpulse ONE handlebars have a joystick and four buttons on each side and it’s equipped with haptic feedback. Additionally, you can also track your progress with the built-in heart-rate sensors located on the grips.

Playpulse has heavily invested in bringing gaming into your workouts. They even managed to put in a 24-inch multi-touch Intel i5-9400F CPU into the bike along with a 2GB VRAM dedicated graphics card, 8GB RAM and 512GB SSD.

The Playpulse STUDIO app not only gives you a variety of workouts and progress tracking but also it gives you games to explore such as:

Playpulse ONE is so immersive that you’ll forget that you’re working out.

Don’t be left out with your binge-watching time as the Playpulse ONE also lets you access most of the popular streaming services such as Netflix, Hulu, HBO, Amazon Prime Video, Twitch, and YouTube.

Unleash your gaming bike’s potential through Playpulse LIVE and get access to all STUDIO features and games for only $19.99 a month or $199 a year and it’s good for 5 users.

Pre-orders for the Playpulse ONE comes in four batches with the first batch already sold out. However, those who will plan to pre-order today for the second batch will get a 40% off and units are expected to arrive in December 2021. 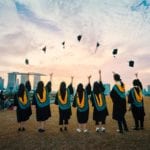 7 Strategies You Should Use To Graduate Early From College 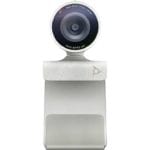