The next generation is here, but it’s sold out. Both the PS5 and the two new Xbox models are impossible to get from any retailer and are only available on the resale market! This is a trend we have seen with in-demand tech like the new range of GPUS from NVIDIA, which only got worse yesterday.

According to StockX, a platform designed to facilitate a safer way of buying and selling on the resale market, reported yesterday that the PS5 is outselling the Xbox Series X and S by almost 2-to-1.

With more and more people stuck and home due to Covid, it’s no surprise that gaming tech is in high demand. There has been a lot of mishaps with stock levels and preorders. With much more demand than supply, it was only a matter of time before the next-gen consoles appeared on sites like StockX, with a markup.

This might be too much for some people, but others are snapping them up!

StockX senior economist reported to Business Insider that StockX has been a part of “more than 60,000 PlayStation and Xbox consoles globally.”

According to StockX, of those sales, the PS5 accounts for a large majority: “Across all domestic and international versions (US, UK, and EU), the two PlayStation consoles (Blu-Ray and digital) have been the more popular choice on StockX,” he said, “accounting for 62% of console sales to date, compared to 38% for the Xbox (Series X/S).” 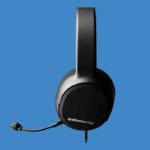 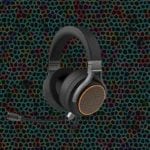