Ubisoft has released their latest patch for the last season of Rainbow Six Siege before the year ends for next-gen consoles. Their latest rework includes the Skyscraper map as well as introducing a new Thai operator for Neon Dawn codenamed Aruni.

The @Ubisoft News team is back in action with Operation Neon Dawn. Watch them play LIVE with the newly released Next Gen version of #RainbowSixSiege.

Last patch they’ve also done a complete rework of Tachanka which now gives him a Shumikha Launcher as his new special gadget which launches incendiary grenades instead of the usual mounted LMG. Ubisoft also streamed via Twitch this week to showcase their new game updates and a short story trailer as well on their YouTube channel.

A Sneak Peek At Aruni

Aruni is a newly added defender in the operator roster and her primary weapon can either be a P10 RONI or an Mk 14 EBR which Dokaebbi also uses for the attacking side.

Her special ability features a gate that projects a laser array capable of detecting anyone moving through it as well as damaging them in the process.

Content creators off YouTube have already abused her power especially her metal hand could actually break wooden walls and hatches as shown in this video by BikiniBodhi.

Gamespot mentioned that some players might get shocked at the massive update size for the patch itself. However, this update will make the size of the entire game smaller.

Price Drop On Other Operators

If you’re currently grinding for higher-tier operators, it is also worth knowing that they’ve dropped prices for Dokkaebi, Vigil, and Zofia which are now worth 10,000 Renown or 240 R6 credits each if you’re willing to purchase their in-game currency.

If you’re also planning on getting the Rainbow Six Siege, the game is also on sale as of this writing at 60% off for all editions while the Deluxe Edition is at 67% priced in at $9.90 which is almost a $2.00 difference with their Base Game that’s currently at a sale price of $8.00.

We recommend getting the Deluxe Edition if you want to save time grinding out for the 16 operators that’s already included from Year 1 and Year 2. Now strap on your headsets and start gaming. 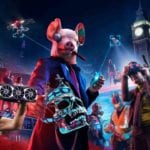 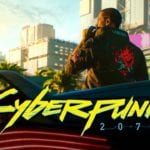