Electric scooters or e-scooters have gone from an interesting novelty to a socially accepted and fun form of pedestrian transportation over the past few years, and rightly so. Anyone who commutes on a regular basis in an urban area knows first hand the problems that arise from using cars and public transport. There is the cost, finding a parking spot or waiting for a train that may or may not arrive on time.

Electric scooters allow you to take matters into your own hands and become the master of your own destiny. You don’t need a parking spot and you don’t need to catch a train at an awkward time to get to work on time. Simply make sure your scooter is charged and that your destination is within the range of the scooter you’re using and you’re good to go!

According to a study by ara.net.au, a 15km each way trip costs a Melburnians approximately $10,830 dollars annually in fees associated with the trip. Now it’s unlikely that you’d commute that far on a scooter, although many do have that capability, but, if we reduce it by 50% you’re looking at over $5,000 in fees annually. So you can see why so many commuters are making the switch!

However, there are now many companies selling electric scooters, making it difficult to find the right scooter at a fair and reasonable price. ROBOGO a Melbourne-based company reached out to me to ask me to review one of their electric scooters so you can have a first-hand account of this very impressive electric scooter.

I had the pleasure of meeting the founder of ROBOGO, Nachshon Amir who talked me through the basics of their scooter before letting me loose around the city. Amir is an incredibly passionate designer who was inspired by the high level of electric scooter usage in Europe. After moving to Melbourne he recognised that Melbourne was ideally suited to electric scooters due to the nature of the roads, bike lanes, and commuter journeys. And with that, ROBOGO was established. 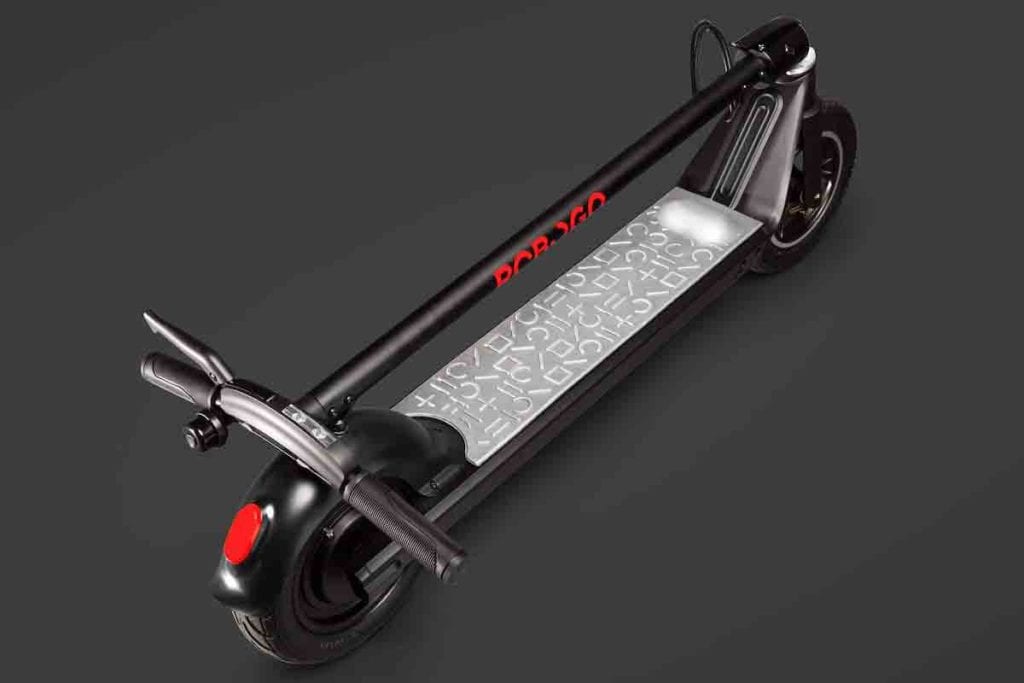 ROBOGO offers two different electric scooters, the Swift, the little brother to the unit I reviewed, which is called the Rapid. Overall they’re both relatively similar the main difference relating to the power, weight and range of the scooters. I won’t spend too much time discussing the Swift, because I haven’t used it and will instead focus on providing my thoughts on the Rapid.

It’s clear to see that the ROBOGO Rapid is a quality product, even at a distance. The design is simple and sleek and punctuated by well-thought-out ergonomics. I found it to be deceptively light despite its sturdy and solid build. There’s no over the top Tron-like design you can find on other scooters and instead you can see that the focus was to build a quality commuter scooter rather than moving light show.

Almost all electric scooters employ the tried and tested twist-grip throttle to accelerate the scooter, which is fine. However, one thing I have noticed over the years from devices that use a twist-grip mechanism is that it’s really good mechanism until it goes wrong. I’ve seen people lose their balance and hold onto their scooter, quad bike etc with the twist grip which then causes the vicious cycle of folding on using the accelerator.

To combat this, ROBOGO has a really interesting, and to my knowledge, unique foot-accelerator. As it was being explained to me, I was a little sceptical of it, but honestly, it is so incredibly intuitive that that scepticism was immediately replaced by absolute trust.

It’s a pressure-based system that allows you to very accurately control the speed by pressing down with your foot. It’s immediately responsive and due to its design doesn’t affect your balance standing on the scooter. This leaves your hands completely free to steer, balance and break.

My Experience with the ROBOGO Rapid

I found ROBOGO Rapid to be an incredibly smooth ride, both in acceleration and when riding over a less than perfect surface. None of this is by accident and is all part of the commuter philosophy embued throughout the design choices.

The motor uses a linear acceleration system which makes the rate of acceleration smooth rather than 0 to top speed as quickly as possible. This is mainly a safety feature to prevent you from flying off the back but for me, it’s also an enjoyable feeling.

The ROBOGO Rapid has extra-large wheels to help handle bumpy surfaces and it does a great job at it. The roads around Melbourne’s CBD are from perfect but the scooter handled them no problems at all. I could barely notice small bumps and larger variations like tram lines were well managed.

There is a double braking system that utilises both a disk-brake and electric brake. Both brake systems are operated through a brake-lever attached to the handlebar.

I found the brake lever to be a little too sharp for my liking but I quickly adapted. I spoke to Amir about this after and he agrees and will make adjustments to the brake system across his scooters. 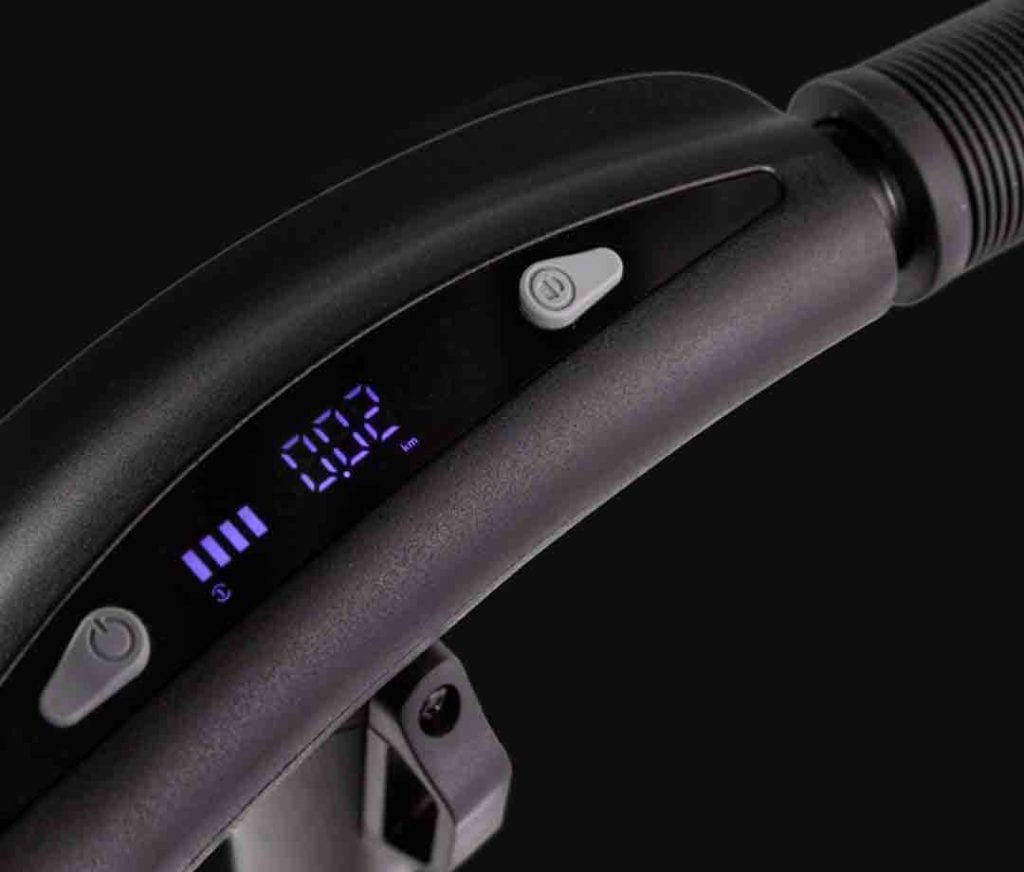 Rapid by name rapid by nature – this guy is quick! The ROBOGO Rapid has an official top speed of 25 km/h, but this is dependent on many factors like rider weight, surface and wind. In my experience, it got to 25 km/h with ease and for reference, I was on a smooth surface in non-windy conditions and weigh around 85kg.

The speed is nice, especially in a city like Melbourne that has so many bike lanes where you can safely hit those speeds without fear of pedestrians or cars interfering. Even at the top end the ride is very smooth!

I was unable to put the distance claims to the test but it is advertised at 25-30km, which puts it right up there with any other premium e-scooter. I don’t think I would like to commute that far on it unless it was a long cycle path or something similar. But, having this type of range only adds to the convenience factor because depending on your commuting distance you may only have to charge a few times a week, rather than every day, or every other day. 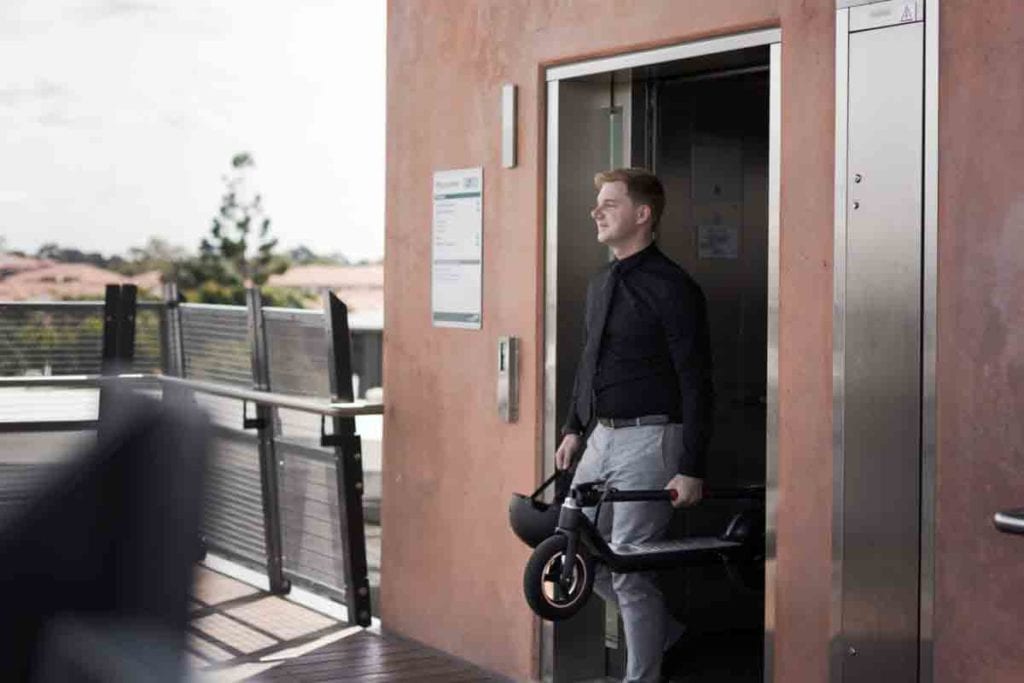 So it weighs in at 12.5kg, which doesn’t seem that light but compared to scooters with similar performance levels it’s certainly at the lower end. For context, the Segway Ninebot E22  weighs in at 13 kg with lower performance across board.

The ROBOGO Rapid is not uncomfortable to carry up or down a flight of stairs or onto a tram. It’s hard to make these things lighter simply because of the battery. However, the weight is well-balanced and makes it really easy to lift when folded down, which takes less than 10 seconds.

When folded the scooter occupies a small amount of space and can easily fit into a car, under a table, or tucked away in a cupboard or by your desk. The stem doubles as a handle and the locking mechanism ensure it won’t unfold while being carried.

Electric scooters are quickly becoming the first choice for many commuters who want a more convenient, affordable and sustainable mode of transport and the ROBOGO Rapid is an excellent choice. The product itself is excellent and meeting the founder Amit only feels me with more confident seeing his passion first-hand!

This is a very impressive electric scooter that ticks every single box you would want in a daily commuter. Its safe and smooth and ride is backed up by a sturdy and well-built frame. The design is sleek and minimalist with a cool foot-pad for a bit of flair.

Overall, I can easily recommend this scooter to anyone looking to improve their commute. Ideally, you would have access to a lot of cycle paths but this is more than capable to take on the roads. 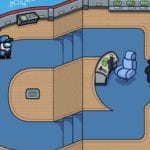 New Among Us Map Revealed – The Airship 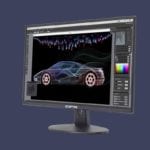