While cyber attacks aren’t new on the Internet, it looks like these hackers have found another way to trick people into getting Cyberpunk 2077 ahead of the others by creating malicious software.

A recent blog post from Kaspersky Labs warned users of these free game downloads because these malicious apps are after your data. Last July, CD Projekt RED has already warned its fans to stay vigilant when it comes to receiving emails.

1/2 If you recently received an email claiming to be granting you beta access to Cyberpunk 2077, it's not from us. Unfortunately, there have been more of these being sent out over the past few weeks. When we contact you via email, it'll always come from @ cdprojektred com address

Here’s How The Hackers Can Trick You

According to Kaspersky, users can get tricked into getting into a legitimate website that would entice them to download the game for free. Once they download the executable file, an installer prompt window will appear which will look like the official game.

The application will then emulate an installation progress and later on will ask you to enter a license key.

Since the file that the user downloaded did not include a key, there will be an option to get a license key and he will be redirected to another website that will offer a survey or enter a giveaway to get the key.

The next prompt that will display is a set of questions that will include requests to enter a person’s contact information. Once the user enters this information, they will receive a key.

However, once the installation completes, the user will be left hanging as the program will display a splash screen with an error indicating that there’s a missing DLL that is required for the game to run.

No Need To Wait Any Longer — Cyberpunk 2077 Global Release Dates

The game is about to get released in a few hours so everyone can have their copies once they are available in their respective gaming channels.

The wait is almost over!

If you're looking to play #Cyberpunk2077 as soon as it's available, here's a map with global release timings.

For PC and Stadia players, the release is simultaneous and scheduled for midnight GMT, and for all console players – midnight local time. pic.twitter.com/W0QLIFAhH1

Console players will get access to the game at midnight in their region’s local time. Preloads of Cyberpunk 2077 are currently available on both the Sony and Microsoft consoles.

If your curiosity continues to itch to get this game, CNET shared their first-hand experience with the game and they have initially described it as “an enormous world to lose hundreds of hours in.” 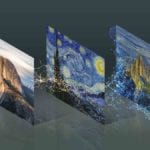 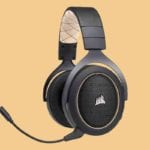