It looks like the season of giving has been extended for Epic Games as they will feature Star Wars Battlefront 2 as their next free game on January 15.

Epic Games is not just giving the base game, but they are giving away the Celebration Edition which includes a complete collection of customizations through in-game purchases including expansions up to The Rise of Skywalker.

This comes to no surprise for those who have been avid followers of the store as they have been giving out free games for a limited time. We’ll go through what you’ll be expecting in this massive title and why you should get it once it hits the store.

While the first Battlefront that was released last 2015 did not get good user reviews as per Metacritic, the second installment actually got worse getting only a 1.5 user rating in reviews.

However, since we’ll be getting this game for free in a few days, it is worth noting that Star Wars Battlefront 2 did improve in many aspects. In fact, it was also one of the games being played by streamers such as Shroud where he shared highlights last year.

For a 2017 title, gameranx also did a 2019 Before You Buy review of the title highlighting how much the game has improved and the best modes for multiplayer such as Galactic Assault and Capital Supremacy.

If ever you do plan on giving Star Wars Battlefront 2 a second chance, this year might be a great time to do so. Get the game on the Epic Game Store once it becomes available on January 15. 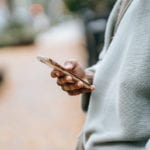 5 Ways How Small Businesses Can Communicate to Customers 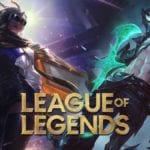