Renowned Japanese video game developer and publisher Bandai Namco made sure to hype up Tekken 7 fans during the Japan Fighting Game Publishers Roundtable #2 by teasing an upcoming DLC character due early spring. This marks the second DLC character in Season 4 of the game. Check out the teaser video below.

Who are we getting this time?

Unlike cameo characters such as Noctis from Final Fantasy XV and The Walking Dead’s Negan, Tekken 7’s upcoming fighter will be brand new and of Polish descent, according to the 35-second clip. The brief video doesn’t show much beyond a few snippets of real-life Poland, followed by the new character stepping out of a black vehicle and speaking in her native tongue.

Her name and entire face have yet to be revealed, though what we do know for sure is that she wears her silver hair in a ponytail and that she rocks a pretty badass trenchcoat. Oh, and she seems to be the prime minister of Poland? Pretty nuts but we’ll take it!

Poland scene will lap her up, happy for them. Seeing many others not giving a damn cos it was only 12 seconds of teaser. And seeing as she's an original design new for Tekken 7, Leroy and Fahk nightmares could well be reignited…
I wanna wait until I can see more. pic.twitter.com/1Hxplotjdn

So far, Tekken 7 has managed to put together an impressive roster of 52 playable characters, some of whom were returning fighters from previous instalments in the series while others enjoyed their grand debut. The blockbuster fighting game started with 36 fighters at launch and gradually added 16 DLC combatants as time went on. Here’s a list of the DLC characters released so far in the order that they appeared:

According to gaming publication DualShockers, Tekken director Katsuhiro Harada mentioned that he had been collaborating with the Polish embassy in Japan while developing the character and even visited the country last year. Most of the plans over there ended up falling through, however, on account of the Coronavirus outbreak.

Tekken 7 and all of its DLCs are currently available on PlayStation 4, Xbox One, and PC. If you’re a Switch owner and happen to be a huge fan of retro fighting games, make sure to check out the upcoming Neo Geo Pocket Color Selection that’s sure to give you a welcome blast of fighting nostalgia. 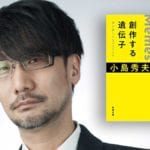 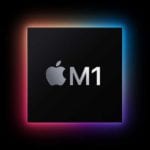