Underrated Free Shooter Games Worth Checking Out In 2020

With the rise in popularity of shooter games this year such as Valorant, Fortnite and Call of Duty: Warzone, there lies some rare gems that are also worth playing. If you get burned out or even frustrated with clicking your way to victory, check these games out.

If you want a quick break from Valorant and want a shorter but fast-paced third-person shooter game, then Rogue Company might be a good alternative for you.

With the game recently going open beta, they have released a couple of new characters which they call rogues as well as new maps. They also implemented a rogue battle pass recently as well as ranked mode.

The game also supports cross-platform and you can download this game on the Epic Games Store, Nintendo Switch, PS4 and Xbox One.

Sector’s Edge an indie game released by Vercidium last October 31 on Steam. This game is a blend of when Halo meets Minecraft or Fortnite. Dive into 8v8 player immersive matches in a destructible environment.

The community here is also active and the developers have recently added some more maps and game modes such as Team Deathmatch, Static and Spire to name a few.

For an early access game, this is worth trying and it can even run in low-end machines. You can craft your own obstacles and create your own weapon load-outs as well. The game is also not pay-to-win and the character and weapon cosmetics are also grindable.

Unfortunate Spaceman is an FPS game released last June that offers a couple of game modes. Some game reviewers off Steam call this as “Among Us with guns”. Group up with your friends and play as either a spaceman or a monster which is like the impostor in Among Us.

There is also a co-op story mode as well as a survival game mode where you can team up with random people or your friends of up to nine players and enjoy the chaotic waves of shapeshifters.

Just because these games right now have a low player base doesn’t mean they are bad games. All you need is a solid community to keep them alive. Don’t sleep on these shooter games, crank up your keyboards and start gaming! 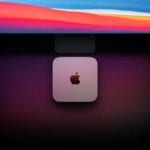 M1 Mac Mini Has Taken Over The Japanese Market By Storm 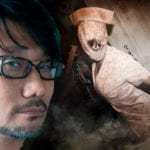 Silent Hills For PS5 Reportedly Being Worked on by Hideo Kojima