In this ViewSonic Elite XG270 review, we’re shining the spotlight on one of ViewSonic’s latest flagship monitors that’s built to be up to spec for even the most demanding of eSports players. It isn’t the only one to boast such blazing fast speeds, however, and has to share a space with some heavy-hitters, including the Razer Raptor 27 and the Asus ROG Strix XG27UQ .

If you’re an aspiring pro gamer or just someone who passionately enjoys eSports titles, then the ViewSonic Elite XG270’s lighting-quick refresh rates and speedy response times are just what you need. In addition to the exceptional performance, you’re also getting amazing picture quality thanks to its IPS panel.

Its 1080p resolution may be lacking for some, but aside from that, there’s little reason not to pick up this awesome gaming monitor.

In a market saturated with fierce competition, we’re here to find out if the ViewSonic Elite XG270  truly is worth its salt.

Pressed for time and can’t read through the entire review? Click any of the links below and we’ll direct you right to that section:

What is the ViewSonic Elite XG270?

The ViewSonic Elite XG270 is one of two new gaming monitors released by ViewSonic, with its higher resolution twin being the Elite2 XG70QG. It belongs to the brand’s “Elite” line of premium gaming displays that are geared towards more serious gamers through its high performance.

It’s not all torque either, as the Elite XG270 is actually quite the looker, opting for a more muted, sleeker finish as opposed to a louder “gamer” aesthetic. Its price may fit squarely in the premium category, but it manages to remain cheaper than a lot of its same-sized and similarly performing rivals, such as the OMEN X 27 and ALIENWARE 27 240 Hz gaming monitors.

Editors’ Note: The Elite XG270 made it onto our list of best gaming monitors 2021.

As its name suggests, the Elite XG270 rocks a flat 27-inch screen with a maximum resolution of 1920  x 1080. If you’re looking to take your gaming setup beyond Full-HD, you’re better off checking out the Elite XG270QG which features a 1440 resolution.

Its stand-out feature is its blazing fast native 240 Hz refresh rate that comes with a remarkable 1ms GtG response time (with overdrive switch on), making it perfect for competitive titles that require breakneck reflexes. 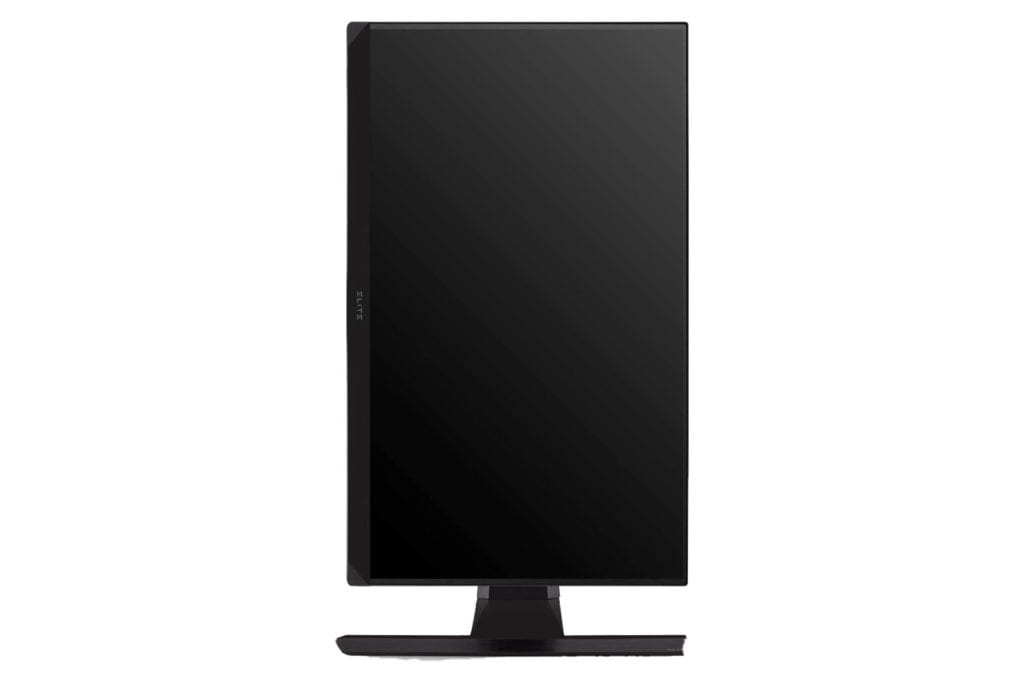 This monitor utilizes an IPS panel which is known for having crisper colours and far better viewing angles. Its stand has a great range of motion, allowing it to tilt 5° forwards and 20° backwards, as well as a 90° swivel to either side, as vertical rotation.

Great news for both Nvidia and AMD fans, as the XG270 comes with native FreeSync support along with G-Sync compatibility. Bear in mind, however, that in order to utilize G-Sync you’ll need a DisplayPort connection.

By default, the Elite XG270 has some impressive colour accuracy, though there is a slight tendency for it to favour warmer hues. This can be easily remedied through just a little bit of calibration, after which the monitor outputs colours with near-perfect accuracy.

It has an incredibly impressive colour gamut that’s not only great for rendering movies and video games beautifully but is even up to snuff for some professional photo editing. As for its contrast, blacks have a tendency to appear greyish in dimmer environments, which is usually the case for IPS panels.

During our test run of Apex Legends, environments appeared lush and vibrant while enemy combatants were distinct and easy to spot. As expected, the blacks aren’t as intense as we’d have liked, especially in darker areas, but it was far from being an eyesore.

The monitor comes with an overdrive feature that offers 5 increments, “Standard” being the lowest and “fastest” being the highest. At max refresh rate, blurring was kept to a minimum no matter what setting we chose, though we do recommend the middle ground (which is “faster”) to avoid excessive colour offshoots.

As expected from an IPS panel, its horizontal viewing angles are splendid no matter where you’re viewing from, though its vertical angles could use some work especially if you plan on sitting up close. 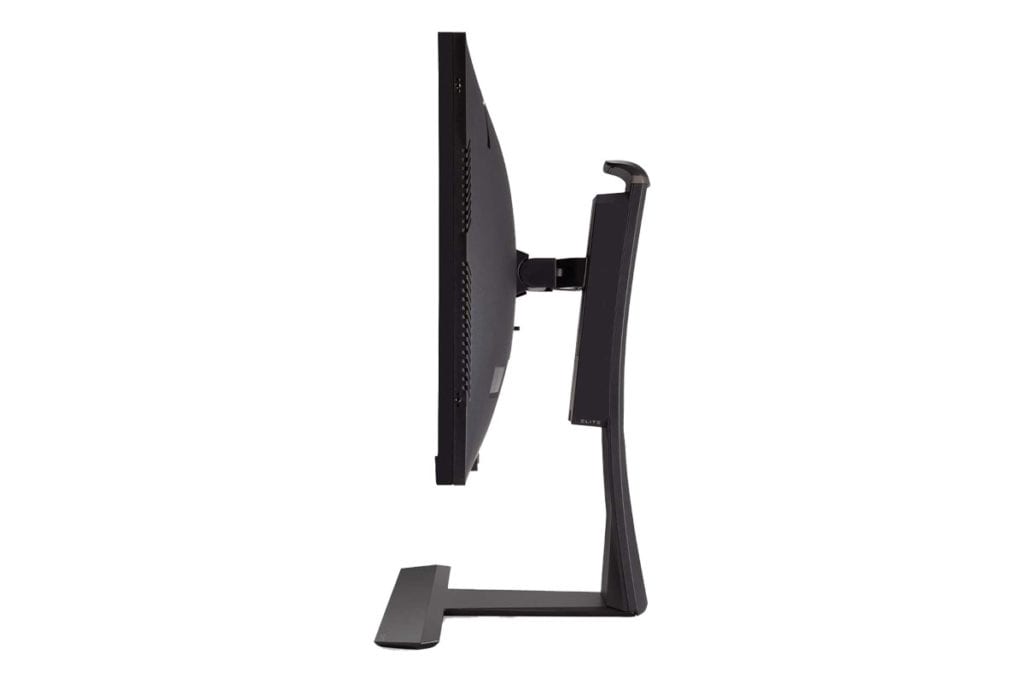 Putting the Elite XG270 together is easy enough. As with most monitors, this one comes in three pieces, the screen, the neck stand, and the base. First thing you’ll want to do is connect the bottom of the neck to the base then secure it with the included screw. Next, you have to slide in the hooks found on the top of the stand into the back of the screen and you’re good to go.

Its On-Screen Display is fairly straightforward and easy to navigate, with most of the relevant information being shown on screen right from the get-go. Navigation is made even easier thanks to the simple controls which is comprised of a power button, quick-access button, and a nifty little joystick. These can all be found along the bottom part of the monitor, right under the “Elite” logo.

While the Elite XG270 is unmistakenly a gaming monitor, its bezel-less screen and low-profile looks will undoubtedly be loved by minimalist gamers and those with an aversion to overly-busy designs. It’s at its edgiest if you decide to install the complimentary angular hoods (used to block out ambient light), but even then it never feels excessive. 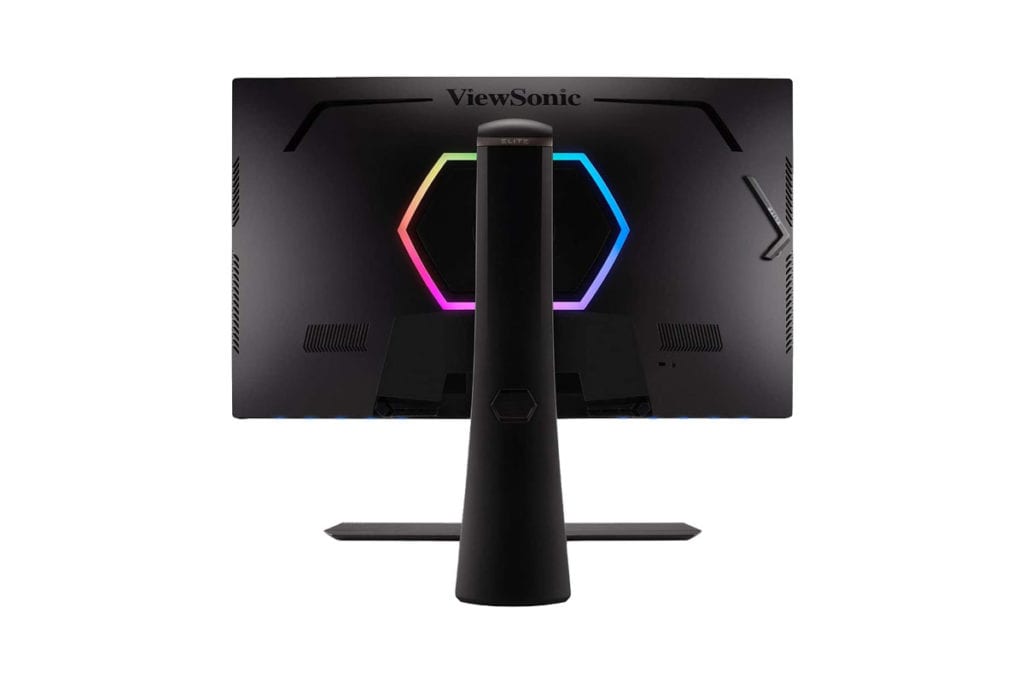 RGB fanatics have not been forgotten, as there’s a tasteful hexagonal light strip at the back of the screen that can be customized to your liking. The monitor and stand feel nice and tight, with no apparent wobbliness during adjustment, while the t-shaped base provides a great centre of gravity overall. Build-wise, the Elite XG270 feels exceptionally well-built and doesn’t feel cheap in the slightest.

ViewSonic joins the fray of ultrafast refresh rate gaming monitors with its Elite XG270 and it does so splendidly thanks to its high level of performance and gorgeous colour quality. Despite using an IPS panel, the monitor manages to have an impressive response time as well on account of its awesome overdrive feature.

Granted, its blacks could’ve benefitted from a higher level of intensity and its vertical viewing angles leave much to be desired, but those are just minor flaws in what is otherwise one of the best high refresh rate, 27-inch 1080p gaming monitors out there. And the best part is that it won’t break the bank. 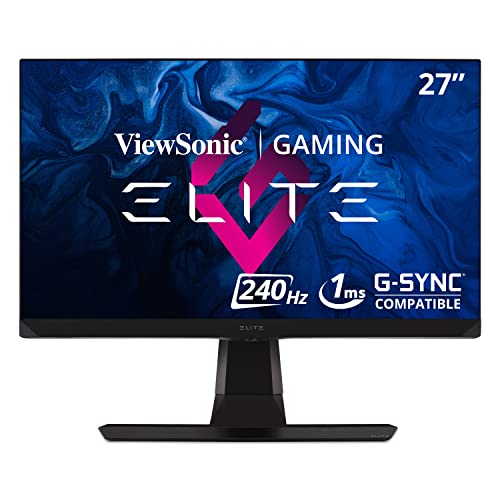