The Corsair HS70 looks to bring that low-latency we’ve been looking for, while still boasting killer sound quality, a catchy design, and an affordable price point. But with so many reasonably-priced console-friendly gaming headsets flooding the market, does it have enough to lure you away from the stiff competition? We’re breaking down exactly what makes the headset so special, in this Corsair HS70 review.

If you can put aside the rudimentary software, minimal buttons, and the limited connectivity options, the Corsair HS70 is a stellar wireless gaming headset that shines its brightest on PC but does marvellously on the PS4 as well.

If you own both systems and game regularly between them, then this may be the headset for you, but if you play exclusively on PS4 you may want to look elsewhere.

In a rush and can’t get through the entire HS70 review? Just click any of the links below and we’ll take you right to that section:

Corsair has two primary lines of gaming headsets, the edgy Void models that feature oddly-shaped trapezoid ear cups,  and the classier-looking HS models that opt for a more garden-variety circular style.  The Corsair HS70 is the follow-up to the HS60 and is nearly identical to its predecessor except that it ditches the audio cable in favour of wireless connectivity.

So if you were a fan of its older brother, you’ll be glad to know that you’ll still get the fantastic audio design and Virtual Surround Sound that made the original it so loveable. The signature HS look is back too, which is great since it’s one of the line’s best features. It’s stylish enough to catch your eye, but not so overdone that you’d mind wearing them outdoors.

One of the things that pleasantly surprised us about the HS70 is its affordable $100 price tag, which is in line with the fantastic Razer Kraken Tournament Edition but has the advantage of being wireless. 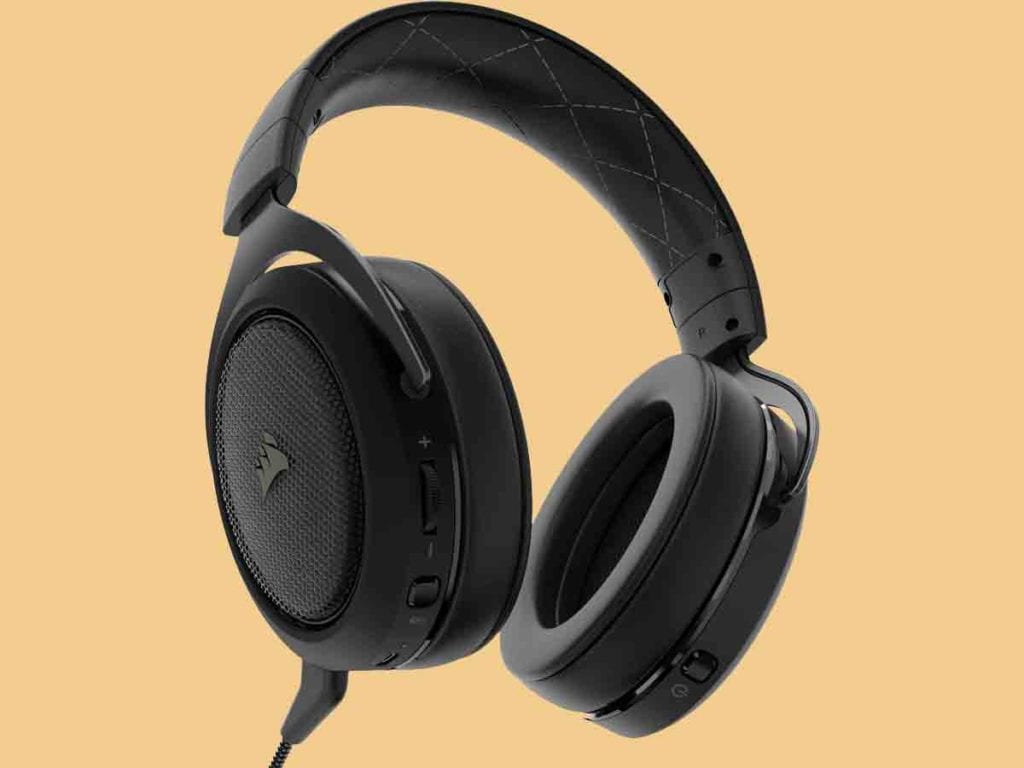 The HS70 utilizes a wireless USB dongle to connect to your PC or PS4 and doesn’t support a wired connection of any kind. If you’re an Xbox owner, this means you’re fresh out of luck, though you might want to try the Turtle Beach Stealth 600 Gen 2 Xbox Edition.

The headset offers 15 hours of continuous use which may not be as long as the SteelSeries Arctis 7 but is still great. Unfortunately, since you can only connect to the headset using the wireless dongle, you won’t have the ability to use it while it’s charging.

It comes with a standard 7.1 Surround Sound feature that you can enable in the companion app but is only available for PC users. When used with a PS4, the sound defaults to stereo,

This headset doesn’t offer any active noise cancellation and its isolation capabilities are fairly subpar. Bass and mid-range isolation are poor so it won’t be able to block out most noises caused by nearby traffic and in-room chatter. Treble isolation is a lot better, mitigating higher-pitches sounds and sibilants.

Corsair didn’t pack much in the box beyond the unit itself, a charging cable,  the wireless USB dongle, and the removable microphone.

The HS70 excels when it comes to sound quality, featuring an exceptional bass-profile that’s deep and punchy, and exaggerated just enough to make it perfect for both gaming and casual music listening. Mids are also fantastic all around, making instruments, vocals, and voice-overs come across accurate and crystal clear.

Trebles aren’t quite as stellar but still great, though you can expect higher frequency instruments and sibilants to sound slightly shrill and sharp. By default, the headset offers great stereo audio distribution between the left and right ear cups, but turning on the 7.1 Surround Sound adds three-dimensional positional audio and a deeper and wider sound stage.

While testing the HS70 with a game of Warzone,  sniper shots and shotgun blasts were accompanied by resounding booms that felt extremely satisfying and left a subtle rumbling in my ear. The Surround Sound feature also made it a lot easier to tell which directions enemies were firing from, though it lacked the precision of the Razer Kraken Tournament Edition’s THX Spatial Audio.

The microphone’s recording quality is okay but it leans a little too much towards the treble, meaning your voice will likely sound a little sharp but still clear and understandable. Fortunately, the mic is a lot better at isolation than the ear cups, allowing it to separate most moderate ambient noises without any trouble, as long as it’s not too loud. 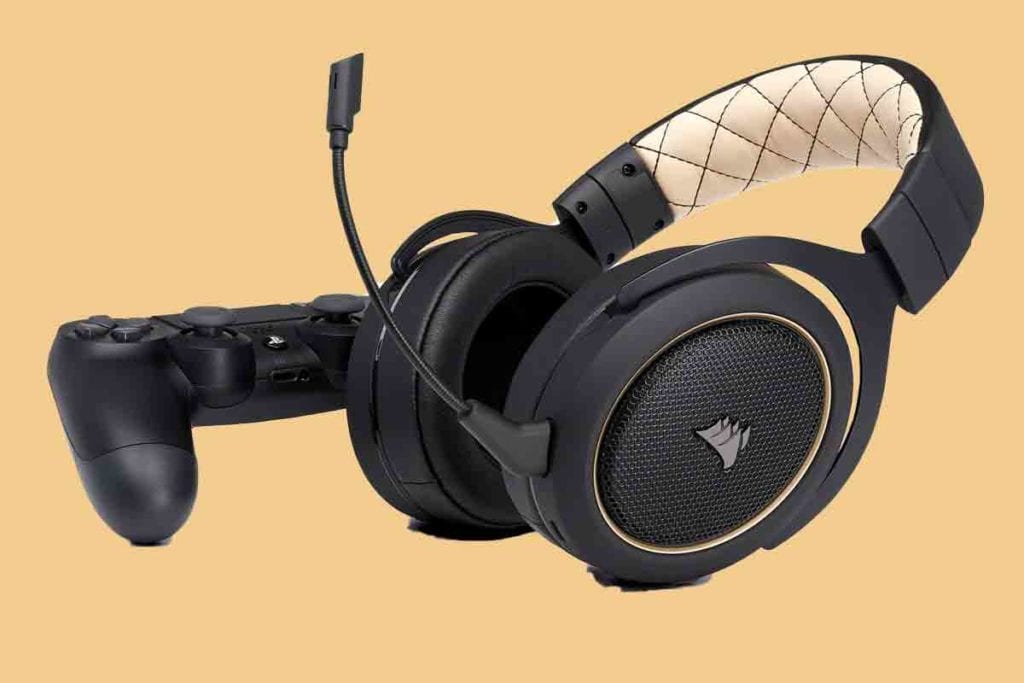 Setting up the HS70 is as simple as connecting the USB dongle and firing up the headset. Most of the controls can be found on the left ear cup, which isn’t much since it’s just the volume control and a button for muting the mic.

The detachable mic is also located on this side, with its socket being a 3.5mm jack. The socket comes with a piece of rubber which you use to cover the socket, though it isn’t attached to anything so it’s easy to lose. On the right ear cup lies a solitary power button. The controls feel tight and provide a good amount of tactile feedback, but more advanced gamers will likely want more buttons and dials to fiddle around with.

The headset supports Corsair’s iCUE app which is straightforward and easy to use, albeit lacking quite a bit when it comes to features. It allows you to do the basics like enabling your Surround Sound, messing with the EQ, and creating your own presets, but not much more beyond that.

Issues have also surfaced among multiple users (myself included) where the drivers installed automatically by Windows were at odds with the Corsair drivers, which resulted in iCUE not recognizing the headset. Fixing it entails a great deal of software and driver installing and uninstalling. In addition, the features that require the iCUE are also sorely missing when used on a PS4.

Just like its older brother, the HS70 is delightfully comfortable thanks to the generous padding and memory foam on its ear cups and headband, as well as the large size of the ear cups themselves which should suit a variety of ear sizes and shapes. Its grip is tight enough to ensure the headset sits still even with some minor movements, just not enough for exercise.

The HS70’s design leans more on a “gamer” look but it does so in good taste, making the headset look sleek and chic. The large, cylindrical ear cups are made of plastic on the outer side and a plush, padded leatherette on the inner side. They’re connected to metal clamps that join together to form the headband which is encased in more padding.

If you prefer your headsets to be more subtle looking, then the all-black colourway would probably be more your speed, but if you’d rather something more spiffy there’s a black and white colour scheme that’s quite stylish. Corsair didn’t skimp on the materials either, as the headset feels dense and durable and the metal hinges seem like they can handle years of regular use. 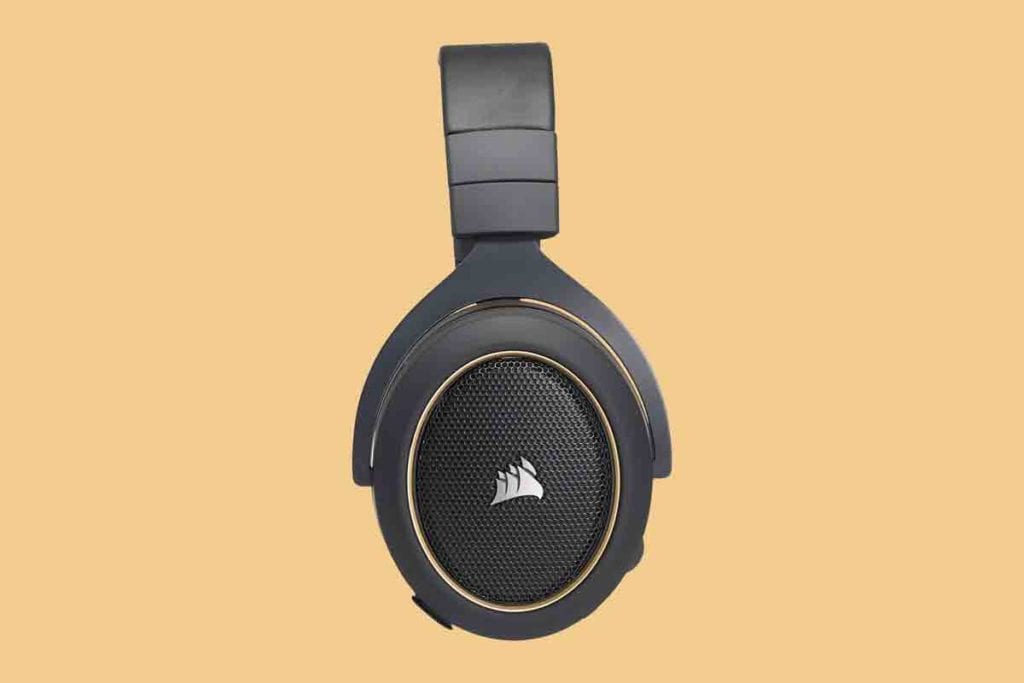 With the HS70, Corsair manages to nail the basics spectacularly. You’ve got exceptional sound quality, a tough yet good-looking build, and high levels of comfort, all at an affordable price.

Yes, it does stumble in a few places like the lacklustre sound isolation and iffy software, but those are things that can easily be forgiven. If you game primarily on PC but want a wireless gaming headset that works well with your PS4 then the Corsair HS70 is right on the money.

Is the Corsair HS70 good?

Yes, The Corsair HS70 is a very good wireless gaming headset. Corsair has done an excellent ensuring excellent audio quality as well as comfort. These two qualities combined make them a great choice for anyone.

Yes, the Corsair HS70 does have Bluetooth capabilities.

Can you use Corsair HS70 wired?

Yes, The Corsair HS70 can be used in wired mode.

Does the Corsair HS70 work on Ps5?

Yes, it will work with the Sony Ps5 using a wired connection. We have not tested it wirelessly.

Does Corsair HS70 work with Xbox one?

Yes, it will work with the Xbox One using a wired connection. It does not work wirelessly. 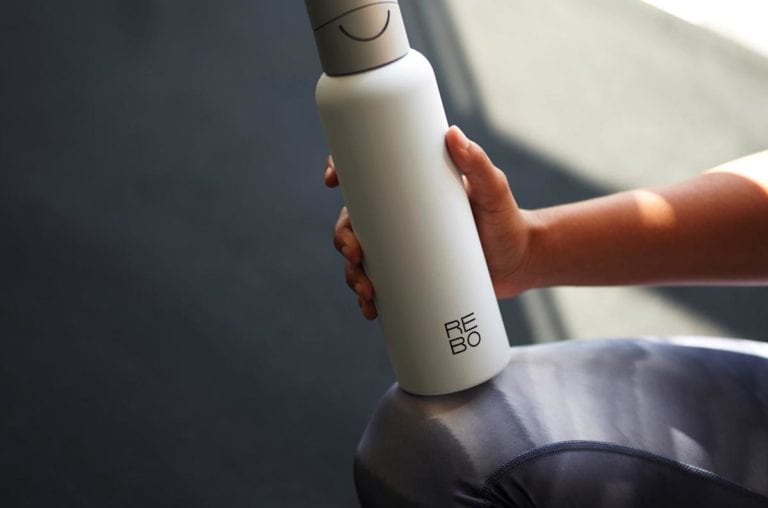 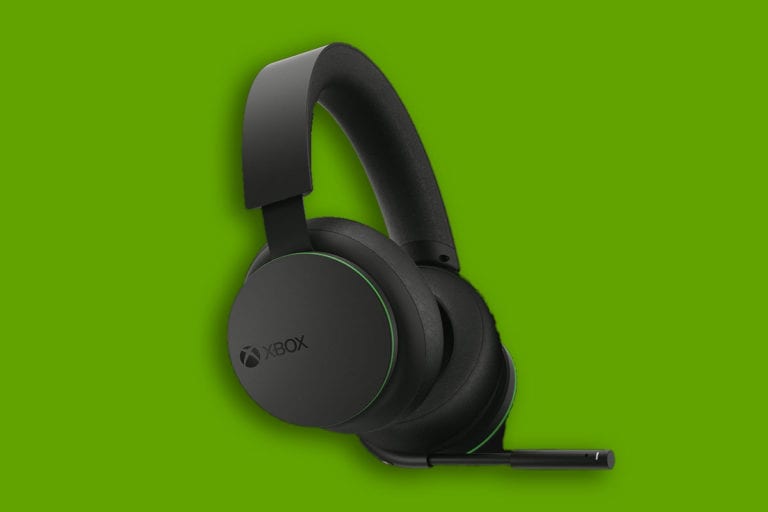