Ready for a bike upgrade? You might want to check out Reevo. It is a new hubless and futuristic e-bike from Beno Inc., promising style, security, and safety to every modern urban cyclist. Since its launch in 2020, this bike has been creating noise on the biking and crowdfunding scene. To date, it has already received a whopping US$3,730,622 of funding on Indiegogo.
By Mr Gadget 25 November 2021 5 Mins Read
Share on Facebook Share on Twitter Pinterest LinkedIn Tumblr Email

Electric bicycles are a more convenient, stylish, and eco-friendly option for going around the city. But what makes Reevo unique is its impressive futuristic looks, strong security features, ambient light sensors, and durable body. With this e-bike, you can shred the streets safely, securely, and confidently.

So what is it about the Reevo that made it such a huge hit? Let’s find out with this quick review.

Click on any of the links below to skip to that section of the Reevo E-bike review:

Every year, millions of bikes are getting stolen with someone losing a ride every second. To prevent this, Beno Inc. designed an electric bike with loads of security features while making sure it rides as well as it looks.

Reevo also aims to make your commutes easier and safer by packing it with almost every device you’ll need. So gone are the days when you have to charge every single thing on your bike, including your light, smart lock, and GPS. With Reevo, all you’ll need is your bike.

Even better, Reevo is offered on Indiegogo at a cheaper price. Instead of US$3,450, you may experience the Reevo starting at only US$2,278.

Reevo is equipped with a triple barrier anti-theft system to make sure your bike stays exactly yours. To be specific, it has the following functions:

Reevo is equipped with a bright headlamp and tail light. It also has an ambient light sensor, which can detect darkness and automatically turn these lights on and off, providing you an extra layer of protection.

The most distinct feature of Reevo is its hubless wheel design, which is said to be safe up to 265lbs or 120kg. Its wheels are completely centerless and built around a strong core with a sleek matte black finish. There are also storage points in the wheel itself, providing you space to mount a bag.

While being hubless is what makes Reevo unique, it may also be its weak point. The reason why every car, bike, truck, and vehicle have hubs, even to this day, is that they work. They are lightweight and sturdy, allowing wheels to turn easily around an axle. So taking them away on the Reevo makes us slightly skeptical about how good it will turn out. 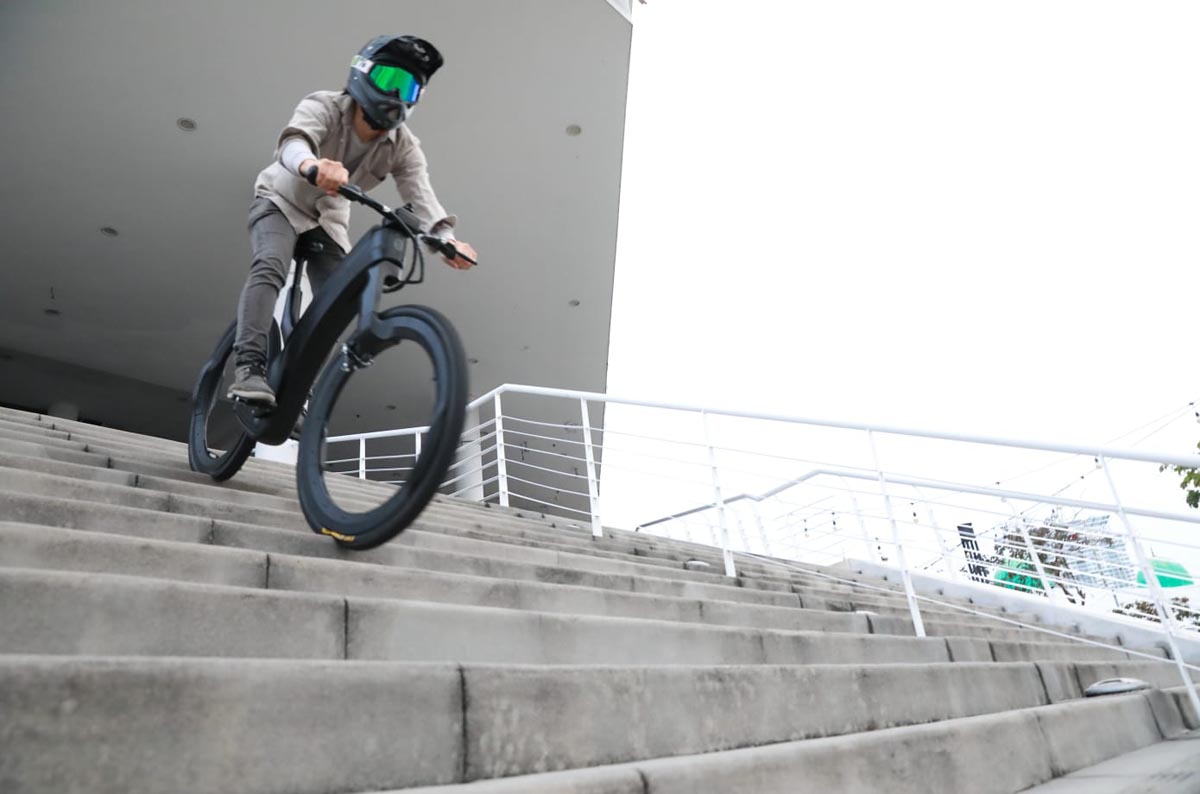 One thing we like about Reevo is its detachable battery. This means you can remove it whenever you need to charge it. This also makes your bike safer for hauling and lighter for carrying.

On the other hand, Reevo’s lithium-ion battery has slightly lower specs than other e-bikes. At 10.5Ah, its battery has a lower capacity than the Gazelle Ultimate T10+ HMB (13.4Ah) or Model X from the Electric Bike Company (11.6Ah). Furthermore, since Reevo offers more extra features, the more power it will use. So we’re not quite sure how its battery can hold up. 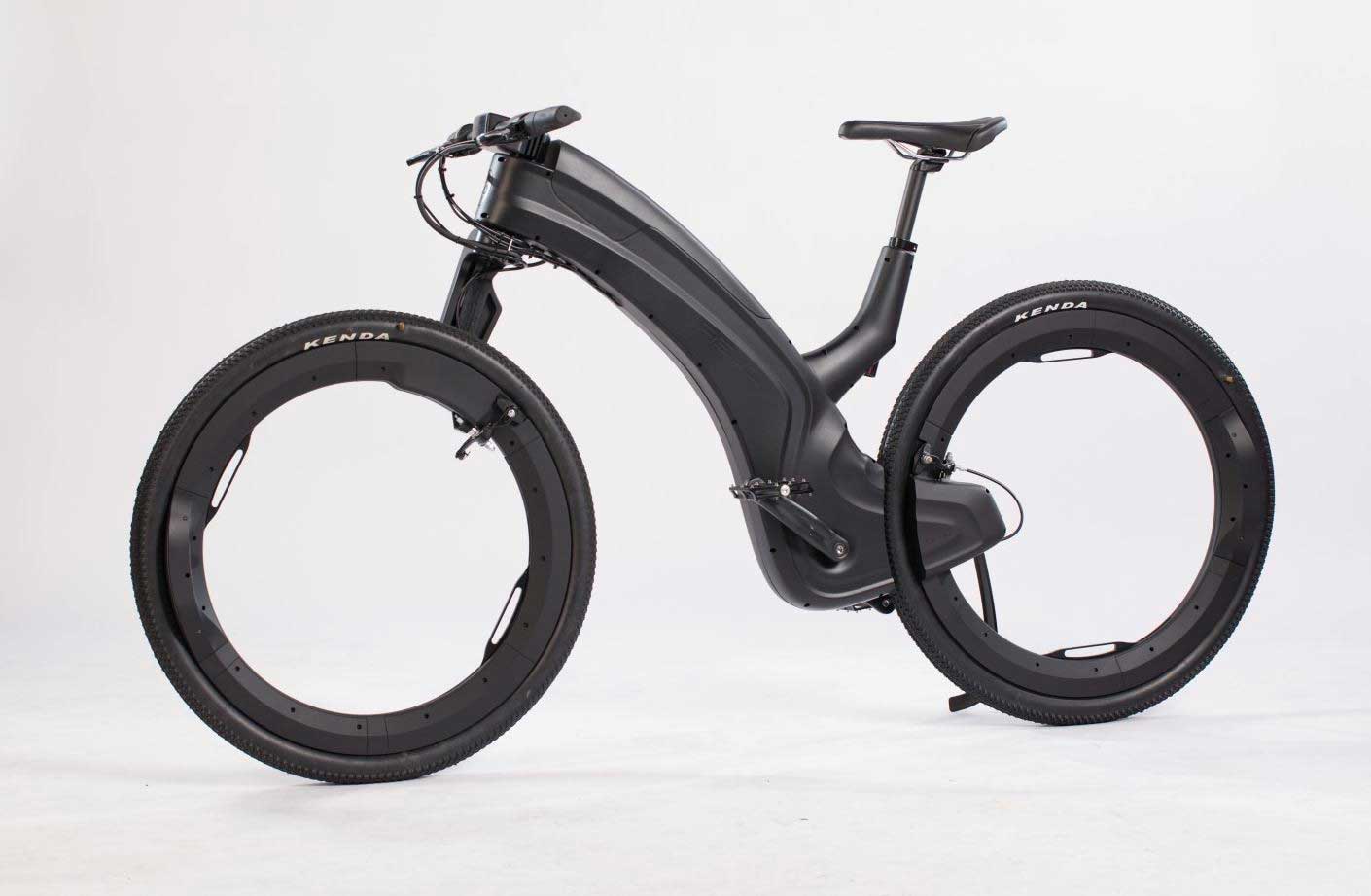 One of the best things about Reevo is its eye-catching looks. With its aluminum alloy, hubless tires, lights, and clearly defined lines, this e-bike reminds us greatly of the light cycles from Tron: Legacy. It looks sleek and impressively futuristic. You’d think it came straight out of a sci-fi movie.

Unfortunately, its hubless design also has its disadvantages. Its wheels look bulkier and heavier than those from regular bikes. Reevo’s thick body and extra features also add to the weight. So expect it to be heavier than most e-bikes around.

Overall, Reevo looks incredibly promising, at least on paper. Fully equipped with safety features, lights, GPS, and hubless tires, this is the electric bicycle of the future. It offers convenience, slick looks, and a unique design that will surely catch people’s attention.

Sure, Reevo may not exactly be the cheapest e-bike you will find, but it’s certainly one of the most feature-packed – that is if everything goes according to plan. We’re all hoping this isn’t another Cyclotron scam. You know, the “first hubless smart bicycle” launched in 2016, but was never delivered even after almost 5 years. 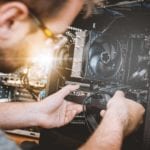 Everything You Always Wanted To Know About Hardware In One Place 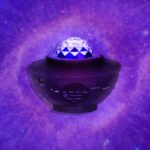