Option 1: Press the PrtScn button on your keyboard.

Different Methods for Taking Screenshots on Windows 10 and Beyond

Print Screen is the simplest way to capture an image from your Windows device. To capture the entire visible section of your screen press the PrntScn button which is located towards the top-right of most keyboards.

Once you have pressed the Print Screen button the screenshot will automatically save to the Windows Clipboard. This means it’s ready to be copied into another application where it can be edited or saved.

The easiest way of saving your desired screenshot is to copy it into Paint and Save As your preferred file type. You can also quickly edit or annotate your screenshot here as well before saving it.

Taking a screenshot with Windows + PrtScn will automatically save the entire visible section of your screen as a .png file. When you press Windows + PrntScn your screen will dim and the image will save itself in the Pictures > Screenshots folder.

This method is useful if you know the screenshot will not need editing and you want to take a screenshot of everything you can see.

If you only want to take a screenshot from the active application, then press Alt + PrtScn. This will only capture the active program and ignore anything outside of that application window, even if visible. The screenshot will be copied to your clipboard and you will need to paste it into another application, just like the first screenshot method.

This screenshot method is useful for programs that don’t have a full window mode, or if you prefer to use it in a smaller window.

This is the best way to take screenshots on Windows and offers the most flexibility. It’s also the most involved and takes the most time but it’s worth it if you want to be precise or edit and annotate.

Simply press Windows Key + Shift + S and Snip & Sketch will activate and your screen will dim. A mini menu will pop up giving you a few different screenshot options:

The Snipping tool will eventually become redundant but as of the time of writing, it is still a viable method for taking screenshots on Windows 10 and earlier version up to Vista.

Activate the Snipping Tool by using the Windows search bar in the bottom left of your screen, next to the Windows Menu button. Just search “Snipping Tool” and it will give you the option to activate it.

Once activated, there will be a number of different options presented to you:

“New” will capture everything visible on your screen, except for the Snipping Tool Applicaiton.

Mode offers you the same tools as found in the Snip & Sketch Section.

Delay will provide you with up to 5 seconds of delay to help capture something that requires a bit of fiddling around. For example, if you need to hover over something to bring up additional details in an application.

An often-overlooked solution to taking screenshots on Windows is the Game Bar. Press Windows Key + G to activate Game Bar.

By default Game Bar is not activated, so make sure it is enabled by searching “game bar settings” and activate “Record game clips, screenshots, and broadcast using Game Bar“.

On the top-left of the Game Bar overlay, there is a camera icon that when clicked will take a screenshot of everything behind the overlay. If you want to record a video, then press the same icon for longer and your screen will be recorded and saved to the Videos > Captures folder.

If you’re a Microsoft Surface device user, this section is for you. To take a screenshot on Windows 10 Surface then press and hold the Power Button + Volume Up. The device will capture everything on the screen except any volume overlays and save it to the Pictures > Screenshots folder.

Windows offers a lot of different options for taking a screenshot on Windows, but if none of them do what you need, then take a look at these 3rd-part applications.

ScreenRec is a great tool for screenshotting on Windows because it is easy to use, but it can be used for much more than just taking a quick screen from the computer. In fact, ScreenRec can do quite a bit of amazing things. For instance, it has the ability to screenshot an entire window and keep all of the screenshots in one folder by automatically creating thumbnails for them.

There’s also the option to upload your screenshot to their image editing software where you can make quite a few adjustments.

Greenshot is another screenshot tool for Windows that can take two types of screenshots: a complete screenshot of the entire screen or just a part of it. It can also do some basic editing to the screenshot that you took, and it also makes it easy to upload your image to any major image host like Imgur or Flickr without leaving the app. 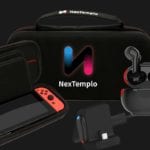