Wicked Ball Review – The Dog Ball To Rule Them All?

The Wicked Ball is designed and manufactured by Cheerble. This is the same company that brought the Wickedbone Smart Bone. These innovative and smart toys for our pets have made some noise in the pet parent space, so we wanted to take a closer look. It’s safe to say that so far, they have been successful in creating a brand for smart pet products.

All three Cheerble toys were campaigns started on the two largest crowdfunding platforms, Kickstarter and Indiegogo. All projects were well-received and have exceeded the company’s goals. But Wicked Ball remains to be Cheerble’s most successful campaign to date.

Launched on both platforms in April 2019, the Wicked Ball was marketed as “your pet’s first automatic companion.” Immediately, it gained a lot of attention from fur parents like ourselves – and by a lot, we mean more than 19,600 people backed it up. After the campaign, it received a total of a whopping $1,065,938 funding. So what made it such a hit? Should you try it out? Find out here with our Wicked Ball review.

Don’t have time to read the whole review? You can click on any of the links below to skip to that section:

For most people, going to work means having to leave your furry friend alone at home all day. This makes them feel bored, lonely, and anxious. This also means that they won’t get any fun, exercise, or interaction during that time. But what if there’s a toy that they can play with? Something that can actually play with them back? This is what the Wicked Ball is designed for. This is also why it became such a huge hit with pet owners.

The Wicked Ball is a smart pet toy that simulates the behaviour of a small animal. It can move, shake, roll, and jump on its own. It can even release pet food to lure your furry friend. On top of that, you don’t need to download an app to use this toy. 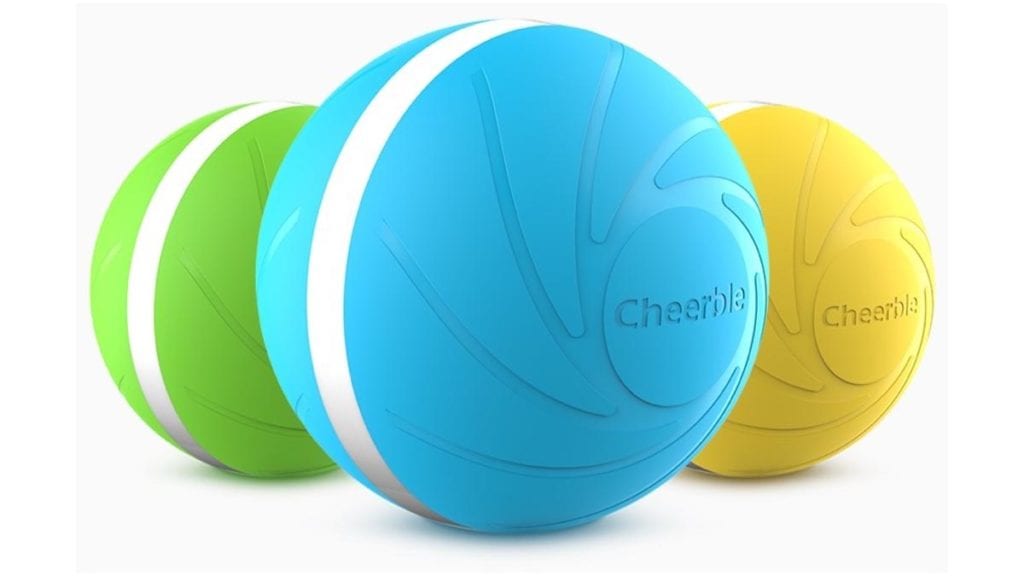 If you’re interested in trying out this ball, it is offered on the company’s website for $48.99. Their “less destructible” model is offered at $59. It’s also available on Amazon Australia for AU$59.99. At these price points, the Wicked Ball is certainly not cheap. But it’s also not that big of a risk to try it out if you think your pet will be interested.

That said, is it still worth buying today? Check out the features, and maybe you can answer the question on your own.

What makes the Wicked Ball different from its cheap knockoffs is its sensor. It is made with a 6-axis MEMS motion-tracking sensor, giving it the ability to automatically avoid obstacles. Ideally, it should never get stuck, whether from under a chair, table or over a bunch of wires. However, there are comments that the ball doesn’t work or roll as well on thick carpets.

Now, the sensor also helps the ball to detect your pet’s touch and react by rotating or jumping quickly. Thus, making the interaction between your pet and ball possible. Additionally, this ball has a built-in catnip or snack hole where you can put your pet’s favourite treat. This way, he/she will be more enticed to play with the ball.

Other key features of the Wicked Ball include the following:

Taken from Cheerble’s website, here are the specifications of the Wicked Ball:

Cheerble’s Wicked Ball is said to be able to last a maximum playtime of up to 8 hours. That is if your pet will only react to it within the 10-minute active play window and not touch it during the 30-minute rest period. On the other hand, the ball can last for 4 hours if your pet plays with it at an average level. This means, half of the time he/she is playing with it, and the other half is for rest. When your pet continuously plays with the ball, it can only last for 100 minutes.

Now, these are all great battery life. However, do take note that these tests were done under ideal conditions. So you and your pet may not experience the same playing time. It’s also worth saying that some users who have bought the product did not get the same battery life as stated by the company’s website. 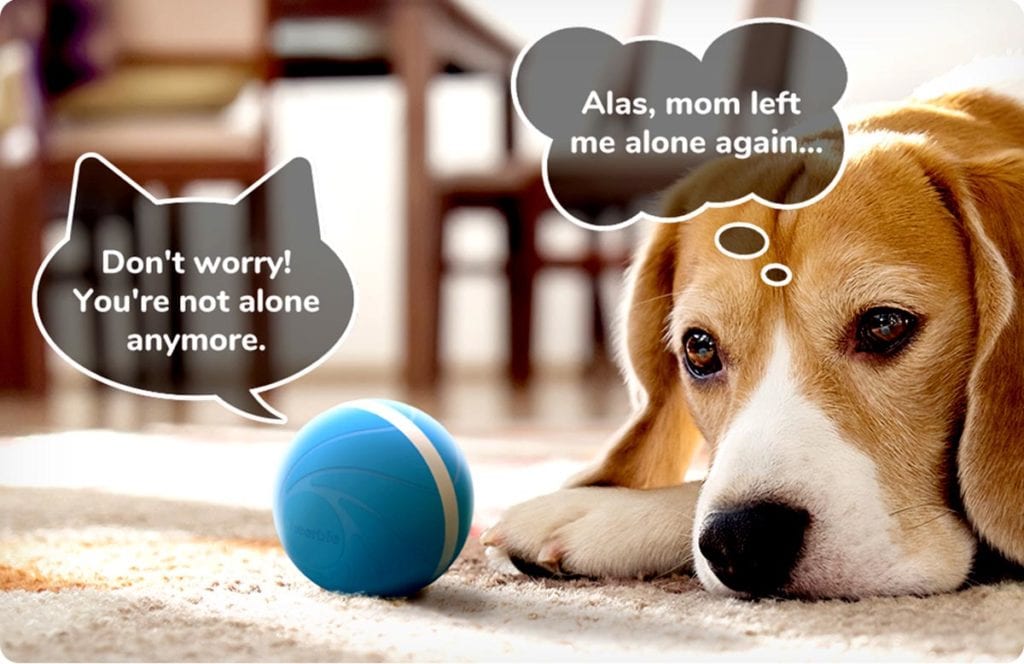 In terms of design, the Wicked Ball looks good and simple. Although we wish there’s an option to select sizes since its standard size might be slightly big for smaller animals.

The ball is available in two types: for dogs and cats. Both have the same features, such as lights, mechanisms, etc., but they differ in the outer shell. The ball for cats has an artificial wool cover, and it only comes in gray. On the other hand, balls for dogs are available in blue, green, and yellow. There’s also the cyclone, which is designed more for the water.

The Wicked Ball is made of tough Polycarbonate and TPU. This makes it waterproof, considering that the outer shells are tightly and securely closed. This makes them great for the pool, but more importantly, this makes cleaning easy.

Now, while the outer shell is aesthetically pleasing and functional, it has one weakness: durability. This toy, particularly the dog model, is not made for aggressive chewers as they can easily destroy it within hours or even minutes. Unfortunately, many users who have bought the product knew this too late. While the company offers outer shell replacements, some are just beyond repair. But if you’re interested, replacements cost around $10.

Using the Wicked ball is fairly easy and simple. You don’t even have to download an app to let your pet enjoy it. You just have to open and unscrew the outer shell and press the button inside for 3 seconds. When it lights up, you have to select the reaction mode. Press the button again and stop at the color setting you want. (Green is gentle, blue is normal, and pink is active)

Then close the outer shell and hit it or shake it to activate. It’ll start to move on its own, depending on the setting you chose.

Our Wicked Ball review verdict is that this is a pretty cool product. With automatic moving features and hands-free operation, it’s certainly a lot better than most inanimate toy balls for our furry friends. However, it’s not for every pet. Some will ignore it, and some will be afraid of it. For others, it can’t even last a day. So, similar to our Wickedbone Smart Bone review, we suggest considering your pet’s personality and interest before buying the Wicked Ball.

The idea, design, and concept of the Wicked Ball are spot on, but its durability needs some work. However, it’s still a great product that can provide pets the fun, interaction, and exercise they need – that is, if your dog or cat will like it.

Not suitable for all dogs