GinoBot features Engino’s patented KEIRO software which utilizes a block-based approach. It’s perfect for novice users looking to learn the fundamentals of coding and programming, and the best part is that KEIRO is completely compatible with most modern PCs and smart devices.
By Mr Gadget 1 July 2021 5 Mins Read
Share on Facebook Share on Twitter Pinterest LinkedIn Tumblr Email

For parents searching for the newest educational toy or teachers seeking a fun way to teach kids about the basics of electronics and programming, GinoBot has a lot to offer no matter the age. As a smart toy with limitless expansion potential, it can grow alongside your child’s knowledge and only becomes more entertaining the more they learn.

Building block toys are perfectly good fun, but if you’re looking for something a little more mentally stimulating for your kids then you might want to give GinoBot a go. It’s a next-generation programmable robot whose expansion potential is only limited by one’s knowledge and creativity.

The concept of programmable robots isn’t exactly new, however, and there are quite a few popular competitors already on the market. In this GinoBot review, we’re taking a firsthand look to find out exactly what this gadget brings to the table.

Can’t spare the time to read through the entire review? Just click any of the links below and we’ll take you right to that section:

GinoBot was developed by Engino.net Ltd – a company that specializes in educational toys such as their patented Engino sets. Their programmable robot opens the doors to unlimited expansions, allowing kids and young adults to continue to build on their inventions the more concepts and methods they learn. And, of course, to have a whole lot of fun in the process.

From a basic remote control vehicle to more complex robotic structures, as long as you can conceptualize it, GinoBot will give you the tools to build it. Whether it’s for a class demo or simply as a nice project to work on with your kids, it’s a great way to learn something new while having a good time.

Back GinoBot on KickstarterSuper Early Bird Deals Available!
Back Now

GinoBot comes with its own set of educational tools which allow its users to steadily improve their theoretical and technical know-how the more they tinker with the device. This makes them perfect as an after-school activity or even something teachers can opt to facilitate in class.

The robot’s main connectivity options include Bluetooth, wifi, and a USB port, though its dedicated I2C and UART connectors allow for seamless third-party connectivity for hardware like Raspberry Pi and Arduino. It even allows for a 3.7v USB rechargeable Li-Po battery and has a slot for three double-A batteries.

GinoBot’s programming system begins with basically pushing buttons on a gadget to enter commands. You can instruct the robot to perform any number of actions as many times as you like, which starts off fairly simple but can become increasingly more complex the more you learn.

While most smart toys are limited to a single model with a set number of sensors, GinoBot offers endless compatibility with all sorts of tech, allowing kids to continuously improve upon their creations the more knowledge they absorb. GinoBot’s body is also fully compatible with the Engino building system, meaning you can expand your robot further and level it up in terms of sophistication.

This is an easy to pick up, block-based programming system that is compatible with both smart devices and PCs and is the main software used to program Engino bots. 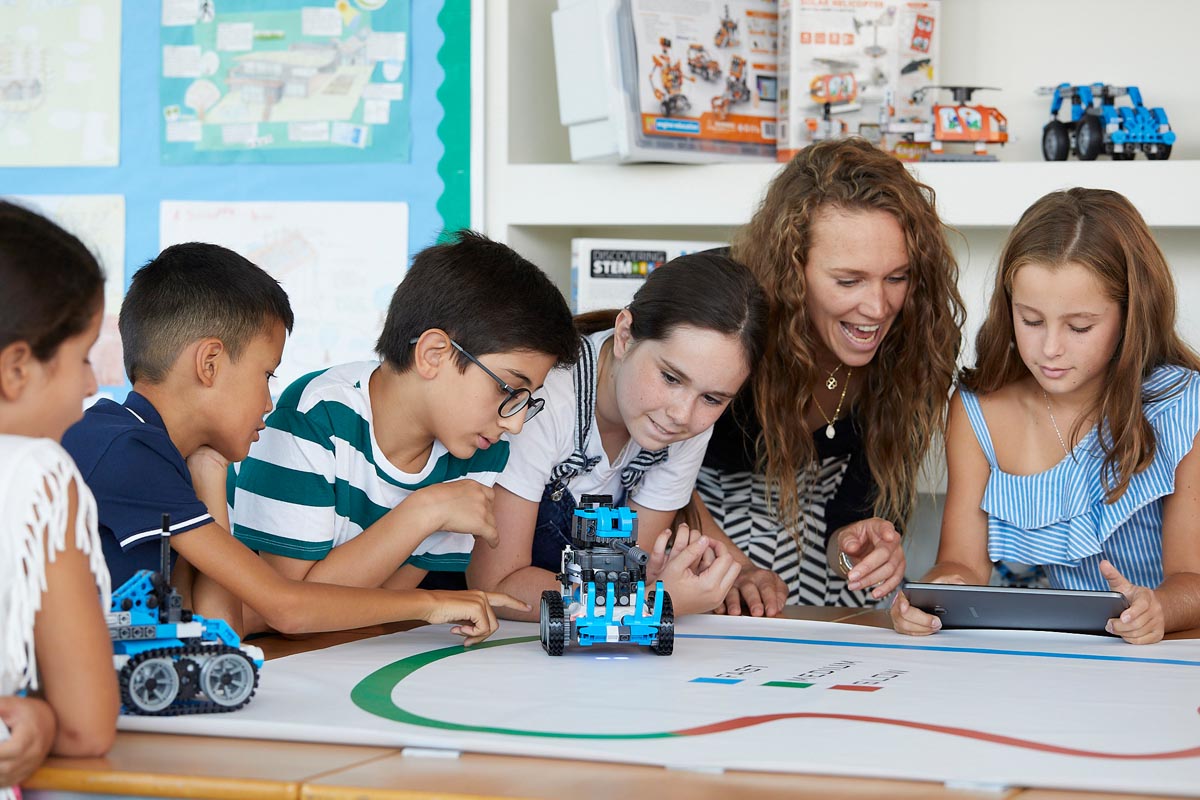 What’s in the Box? 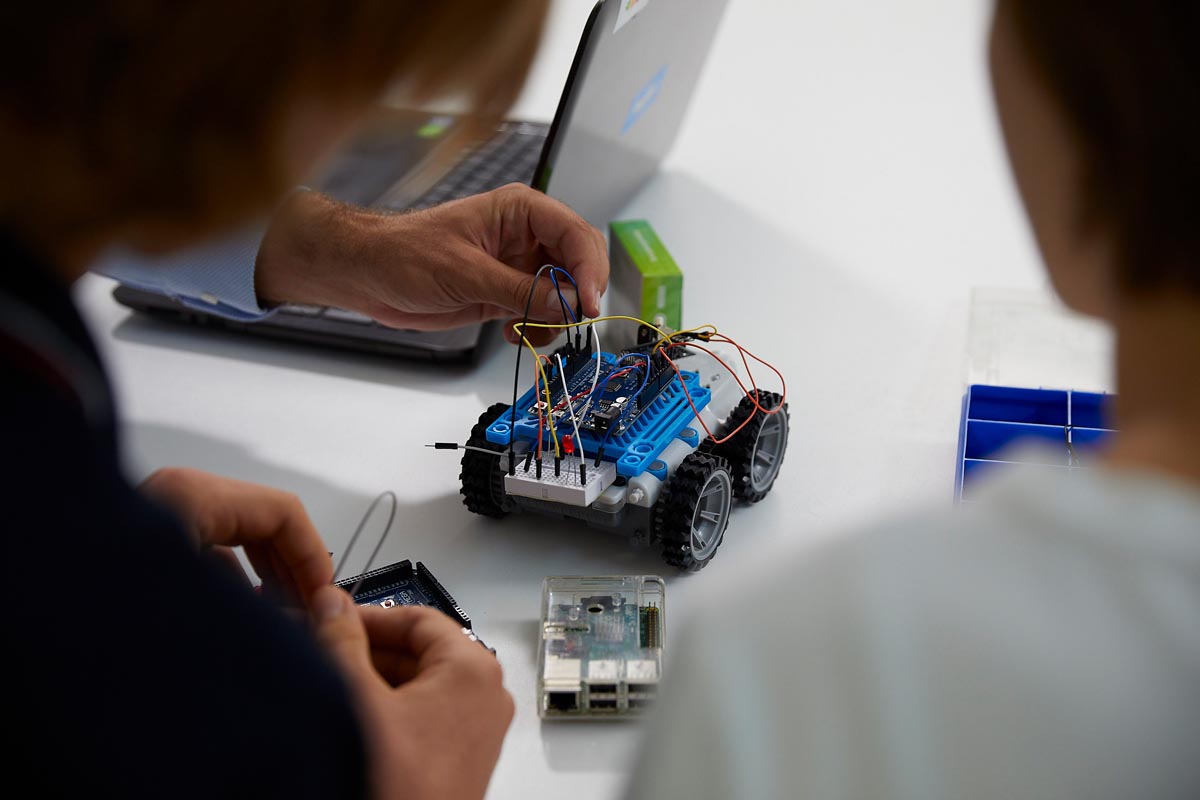 While the designs of the objects you build with GinoBot depend mostly on your imagination, the building blocks themselves, along with all the other included components, are remarkably well-built and intricately designed.

The gadget’s parts come in shades of black, grey, white, blue, and red, which all come together splendidly no matter what you end up putting together. Engino also assures users that its company is eco-friendly and all of its products are completely recyclable, which is always a huge plus in our books.

GinoBot is good to go right out of the box, starting off as a simple four-wheeled vehicle with several slots for expansion found on its top surface. Though we’d recommend picking up the Mechatronic Pack to go along with the base device so your kids can have a lot more parts and sensors to play with.

Taking apart and putting together the robot is a delightfully simple process and the KEIRO software acts as a fantastic entry point to the world of coding and programming.

It’s exceedingly user-friendly and employs an easy to understand, block-based system to operate the GinoBot that works with pretty much any modern computer or smart mobile device, allowing for various commands ranging from simple to complex. 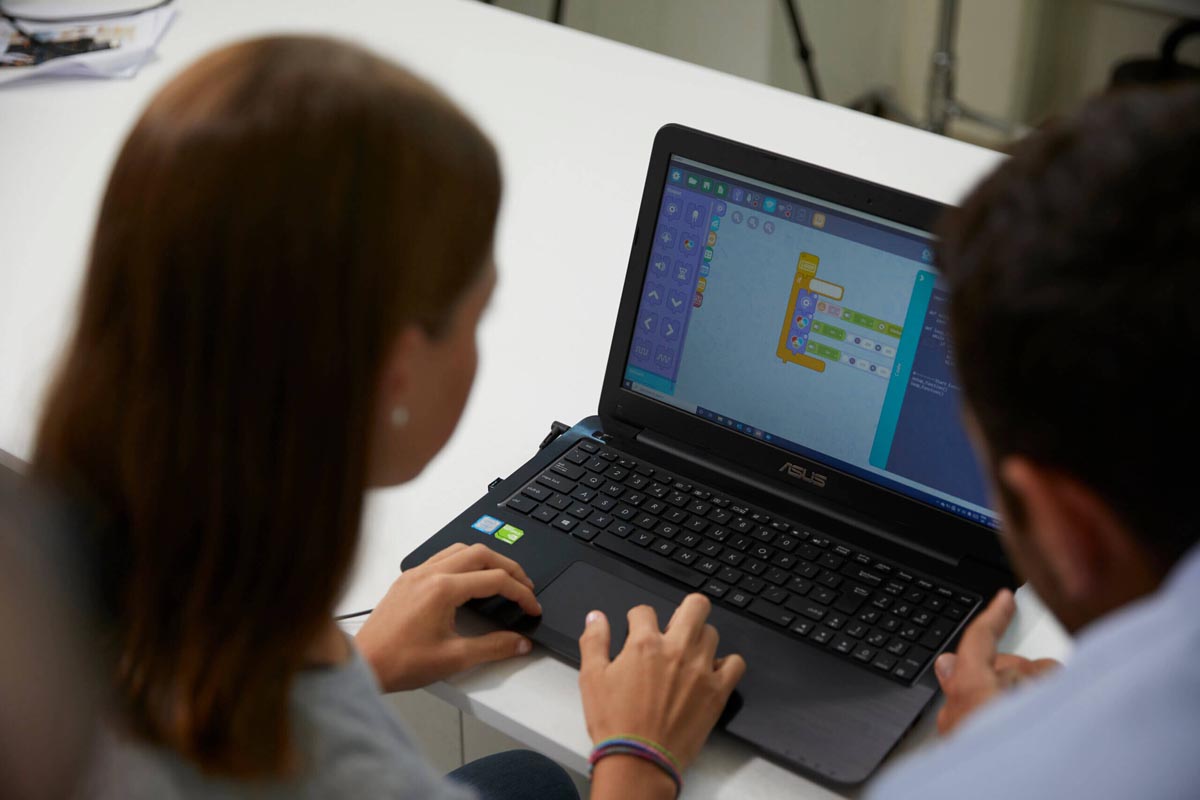 Back GinoBot on KickstarterSuper Early Bird Deals Available!
Back Now

Whether you’re looking for a fun and engaging activity to do with your kids at home or an innovative class to teach at school, GinoBot is an excellent little gizmo that’s sure to get the gears in a child’s brain whirring.

It doesn’t matter if they’re six years old or sixteen, this programmable robot walks the fine line between simple and complex, giving kids and young adults the opportunity to learn about the basics of coding and programming and slowly work their way up to more sophisticated commands and concepts.

It feels a bit bare-boned without the Mechatronic Pack add-on, so you’ll definitely want to consider getting that along with the base machine. Otherwise, GinoBot is one of the best smart toys out there. 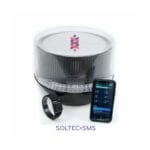 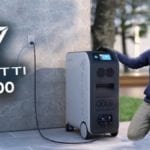 Don't leave!Early bird discounts are waiting for you!
Back Now
Subscribe for weekly gadget deals & discounts.