Kickstarter has seen some seriously successful campaigns over the years, with some products achieving astronomical levels of investment. Today we will take a look at the most successful Kickstarter tech products ever and give you an overview of what they do, and where you can get one!

Kickstarter is the perfect launch platform for tech products because it can go a very long way to covering the high upfront cost that goes hand-in-hand with launching a tech product. So, without further adieu, let’s jump into the most successful Kickstarter tech products as of 2021.

This guy is not just the most successful tech Kickstarter campaign but the number 1 overall. The Pebble Time captured the imagination of many crowdfunders and also captured a lot of their dollars – $20million plus!

Back in 2015, smart watches weren’t what they are today, they were big, clunky and had small batteries. Pebble came to the Kickstarter community with a convincing pitch – a well designed, long-lasting and functional smartwatch, that’s also affordable.

And people loved it! And so did a lot of tech review sites. It ticked many boxes and solved many problems. Of course, it wasn’t perfect and had some flaws. Unfortunately, the company shut down citing financial issues…

Speaking of which, let’s move on to the second most successful Kickstarter tech product.

They introduced some marked improvements over the original as well as three new products:

Each fills a slightly different niche but all of them did a good job. They reviewed very well across major tech publications and continue to support their products to this day. No wonder Pebble has two of the most successful Kickstarter campaigns of all time!

The Snapmaker 2.0 is billed as the 3-in-1, one-stop-shop for all of your 3D printing,  laser engraving and CNC milling needs. Designed primarily for beginners, hobbyists and engineers for prototyping, the Snapmaker 2.0 clearly hit the spot!

It is the fastest ever Kickstarter campaign to generate 1million USD, and it did in just 7 minutes – crazy stuff! There must have been a lot of hype built off of the back of the Snapmaker Original.

It’s truly impressive when you consider that this type of product is far from mass-market. I doubt there has ever been so much interest from the average consumer in such a technical product.

So what does the Snapmaker 2.0 do?

A better question would be, what doesn’t it do? If you need to make something, chances are this guy can be useful. LEt’s start with the three main functions:

You’ve heard of it. But you’ve probably never done it. Well, Snapmaker 2.0 makes it more accessible. But is it any good? Well, according to reviewers of the unit…it’s OK. Nothing more, nothing less. Their verdict essentially boils down to “we won’t be rushing to make it our primary 3D printer.”

Laser engraving is a super interesting space and an area where I can see more and more people finding value in. Have you ever wanted to personalise your iPhone case or wallet, well laser engraving makes it easy! But did the Snapmaker 2.0 deliver? Yes! Laser engraving is pretty darn good on the SnapMaker 2.0!

There was no huge improvement found in 2.0 compared to the original, but the original did a pretty good job! There is some quality of life improvements, but not a huge overhaul by any means. It’s more than capable of working with simple shapes but when tasked with more complex plans, you might bump into some limitations.

So, it isn’t the best in the world at any one thing but it is an excellent jack of all trades, and certainly has its place in some people’s workshops! And hey, they are clearly onto something with their modular design because the Snapmaker 2.0 is the most successful tech Kickstarter product of all time!

The PonoMusic player is an attempt at taking digital music back to its analogue roots! With the advent of digital downloads, Spotify and audio compression, a lot of the love artists put into their music is lost (according to PonoMusic). This notion is clearly shared by a LOT of people, well 18,220 to be exact, and they were happy to put their money down as proof!

PonoMusic is more than just a device it was pitched as an end-to-end ecosystem for high-quality audio. This was an ambitious goal to say the least, so the $6million+ USD they received in pledges was definitely needed. But did they succeed?

Well yes!…actually…no. Despite receiving solid reviews on release, the PonoMusic culture didn’t really take off as hoped. Turns out that the benefits sound much better on paper than reality. Yes, technically you are listening to higher quality audio, but can you really tell? And is it worth carrying around and the odd-shaped music player just for a slight edge?

Well despite the tepid long-term success, the PonoMusic Kickstarter campaign still makes it into the number 4 spot of most successful Kickstarter technology products!

The ZeTime smartwatch is a bold attempt at disrupting the smartwatch market. With major tech firms dominating the space, it’s a breath of fresh air seeing a startup entering the ring. And enter they did!

This Kickstarter campaign generated a hefty $5million + USD from 26,838 backers…not a bad way to launch a new product!

So, what’s different about ZeTime? Well, there are actual physical watch hands rather than digital ones. This doesn’t sound too innovative, but it is! It was actually the first smartwatch to implement such a design, and clearly, the Kickstarter crowd loved the sound of it!

The clever design solved many potential issues, like the watch hands getting in the way of the screen. The hands worked in tandem with the display and move out of the way in order to get the best possible view of the screen. Clever stuff!

The company also launched in two sizes to better accommodate different sized wrists. Something still lacking from a lot of more established smartwatches!

The smartwatch is still around to this day and you can check the latest price here.

We’ve covered the jack of all trades, Snapmaker, but here’s a specialist product in the form of 3D printer. People love 3D printers aye! 2 of the 10 most successful Kickstarter tech campaigns are 3D printers. Well, I guess they are part of the future after all! And people want the future now and are willing to pay for it to the tune of $4million USD +.

So what did Creality bring to the already-crowded 3D printing space? Well, not a whole lot tbh. Some Kickstarter products are mainly backed off of hype and marketing alone. This isn’t entirely the case here but it’s certainly not the most groundbreaking 3D printer of all time.

Overall it was considered a decent 3D printer with some cool features and delivered a more premium experience than the other 3D printers offered by Creality.

Despite not producing anything extraordinary, they certainly captured the imagination of the Kickstarter audience and made it onto the list of most successful tech products launched on Kickstarter!

At the time of writing this brilliant Kickstarter project is still live and receiving pledges. The smart bird feeder has done the rounds on most major tech publications, and for good reasons! It’s such a great idea it’s impossible to ignore. Anyone with a garden and avian visitors would surely want something like this. And well, a lot of people have gardens and like birds. At the time of writing, this product has received 4,695,719 USD in pledges from 21,178 people.

It’s actually such a genius idea, taking the humble bird feeder and bringing it into the modern world! There is a camera that will silently snap photos of any birds that take a perch and notify you through your phone. It can even send a live video feed for a more intimate connection. On top of that, it will organise your photos by species and build a digital collection!

It’s not the cheapest bird feeder on the market but its certainly the best! And people are willing to invest in the best. This much investment has made it the 5th most successful tech product on Kickstarter!

After huge success with the original Arsenal, they came back, bigger than ever and secured $4.2million USD in backers with the Arsenal 2. Camera equipment is something that the Kickstarter community seems to love and with good reason. Despite there being plenty of quality camera equipment available from the big boys, there has seemingly been a lack of innovation in the space.

Well, the Arsenal 2 did a good job of innovating in the space with their AI-based camera computer. The camera computers use the lense sensors to detect, measure and compute 22 different environmental factors to optimally adjust your camera settings for the perfect shot! Does it sound too good to be true?

Well, a little bit. It’s very heavily geared towards to landscape photographers who want to up their game. However, it’s more aimed towards beginners and intermediate photographers, since a lot of the Arsenal 2 can do, can already be achieved with a bit of skill.

Despite a question mark on the value add the Arsenal 2 offers, the company is certainly heading in the right direction with a huge amount of pledges making it onto the top 10 most successful Kickstarter tech campaigns.

VR headsets are the perfect device for escapism and as the tech progresses they’re becoming more and more immersive. However, one of the biggest negatives of mass-market headsets is the low-resolution displays. Well, Pimax changed that with their 8K headset, and wow was it a big hit! People were willing to pledge some serious coin to a total tune of $4.2million + USD, and an average pledge of $712! This is more than Oculus received for their campaign back in 2013!!

They are continuing to release updates for the Pimax, and the device reviewed pretty well across some major tech publications. It’s great to see new companies entering such complex markets thanks to the crowdfunding space!

A major downside is the GPU requirements to run the Pixen and its full potential. With what is 2 x 4k displays (one for each eye) you’ll need a top tier GPU like the 3080 to really maximise the value. However, if you’ve got the gear, then this will be an amazing experience and will justify its position as one of the most successful technology Kickstarter campaigns.

Another craft and creative tool makes the list of top 10 most successful tech campaigns on Kickstarter and this one is still live at the time of writing. I guess with people spending more time at home and having new ideas, these types of products are more interesting to people than before.

And interested they are! This campaign is funded to 40,000% of its initial goal, so this has been seriously successful, and with 40 odd days to go, who knows where it could go.

Laser engraving is a really cool tool that allows people to customise their belongings or create intricate designs for their products. This LaserPecker 2 promises to make this as easy as possible – and affordable. We can’t comment on how good it is, because it hasn’t been released. But early signs are looking good!

The fact that it is number 10 on the list of most successful tech Kickstarter campaigns, with so much time left, shows the level of confidence the Kickstarter community has in this product. 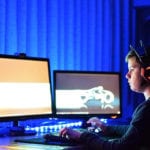 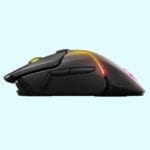 SteelSeries Rival 650 Review – Does This Rival The Best?